27 November will be a day of premiere performances in two concerts. In the first, Anders Jormin's jazz double bass will meet a symphonic orchestra and a choir, while the second will bring a fusion of jazz and world music.
Swedish double bass virtuoso and composer Anders Jormin became famous due to his solo recordings, performances with Bobo Stenson Trio, and collaborations with Tomasz Stańko – with whom he recorded three albums – as well as with Mats Gustafsson and Don Cherry. He has often expressed his interest in pre-classical music, religious music and folklore, transgressing the limits of jazz and building his own eclectic formula with a characteristically Scandinavian hue. In Wrocław, the double bassist will meet the NFM Symphonic Orchestra and the Camerata Silesia choir, one of the most renowned Polish choirs.
Trilok Gurtu is a virtuoso percussionist and tabla player; Maallem Mokhtar Gania is a master of the gimbri – a traditional instrument of Moroccan musicians and the mystics of Gnawa; while Wacław Zimpel, Polish clarinettist, tends to connect ritual elements from various cultures. The collaboration of these three personalities will result in a unique mixture: trance-like, spiritual and thrilling.
The evening will close with a jam session. 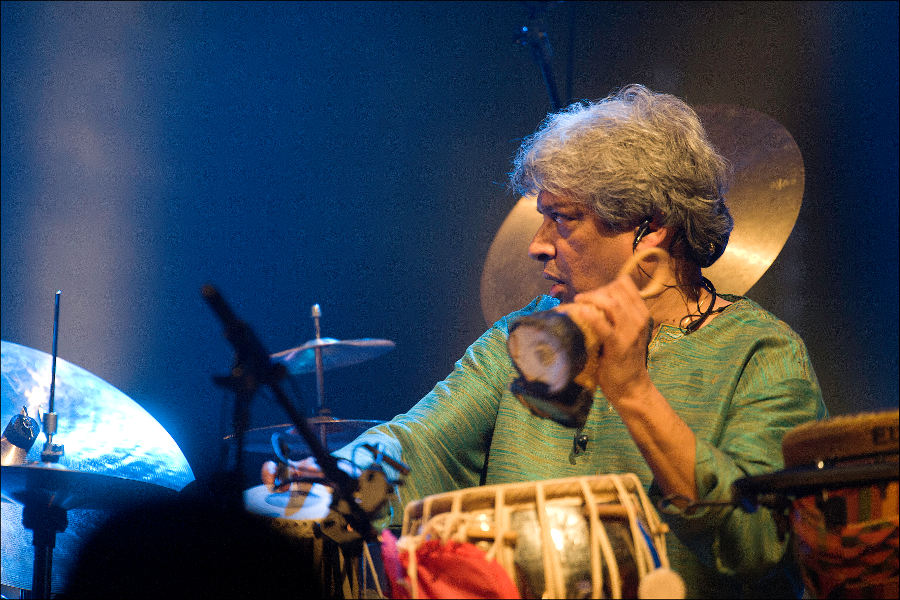