Whahay are a French trio led by a rebellious character of contemporary jazz, Paul Rogers. The British musician, working in France, is a double bassist, wielding a specially designed, 7-string (!) instrument, who has followed his own path since the very beginning. He's attached to jazz tradition as much as to baroque music or punk. Rogers, who has collaborated with e.g. Mike Osborne, Keith Tippett, Evan Parker and Tim Berne, works in Whahay with Robin Fincker (a saxophonist known from Loop Collective) and percussionist Fabien Duscombs. The trio share a fascination with sounds from the middle-ground between jazz, the avant-garde and electronic music. Their 2014 album, a tribute to Charles Mingus, is a display of the group's invention and virtuosity. On stage, Whahay will be joined by Jean-Yves Evrard on guitar and Christina Wodrascka on piano.
After the concert, we'd like to invite you to a jam session. 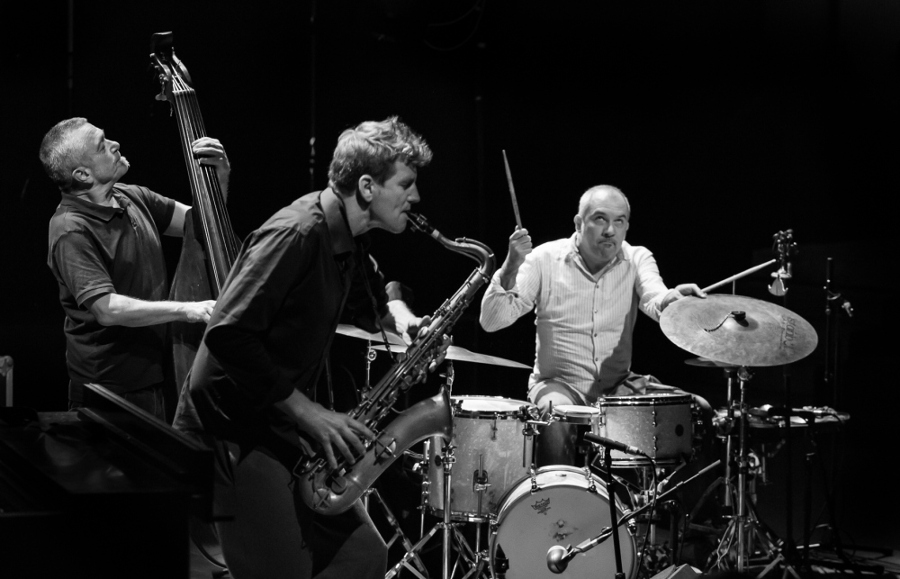