Marcin Masecki is an artist familiar to jazz and contemporary classical listeners, also active on the creative fringes between rock, avant-garde and avant-pop. Masecki likes anything which is unusual, lo-fi, seemingly nonchalant, but in reality backed with flawless skill and intuition. He has been associated for a long time with Warsaw label Lado ABC, collaborated with various artists from Tomasz Stańko through to Fisz Emade and Afro Kolektyw, and founded a number of groups – Telewizor, Papierosy and Paristetris, in which he plays with his wife Candelaria Saenz Valiente and Macio Moretti.

FREE4ARTS are a Polish-Danish band led by Tomasz Dąbrowski. Aside from the Polish trumpeter and composer, the group comprises saxophonist Sven Dam Meinild, percussionist Kasper Tom and guitarist Simon Krebs. Their 2015 album "Six Months and Ten Drops" is a mixture of Scandinavian jazz with Third Stream, folklore, and even Tibetan music, enthusiastically welcomed by critics – Allaboutjazz wrote about the group's great potential.

We will also hear the Paweł Niewiadomski Quartet, led by the trombonist known for albums released on For Tune (with Power of the Horns and Orange the Juice), and the Wójciński/Szmańda Quartet, comprising musicians from Hera, Soundcheck, Emergency and Charles Gayle Trio. The Wójciński brothers and percussionist Krzysztof Szmańda share a love for freedom in music and a casual attitude to stylistic limits, but always complement them with compositional discipline. 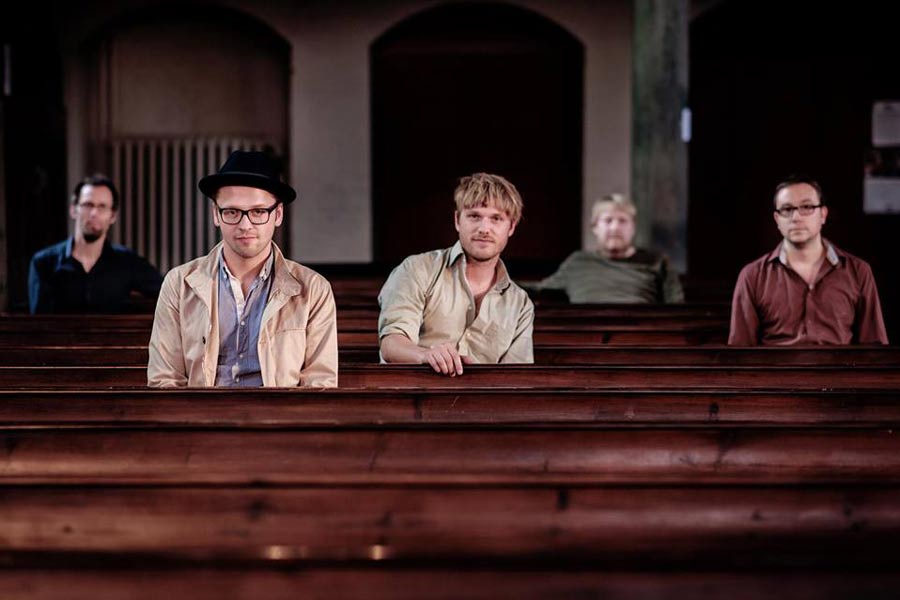