This engagement is supported by Mid Atlantic Arts Foundation through USArtists International in partnership with the National Endowment for the Arts, the Andrew W. Mellon Foundation and the Howard Gilman Foundation.

The Australian Art Orchestra from the very beginning of its existence has adopted the development of improvised music as the main goal of its activities: it combines diverse jazz trends, not avoiding colliding them with different musical genres. The orchestra was founded in 1994 by the Australian pianist (with Polish roots) Paul Grabowsky. One of his first inspirations was the American supergroup Art Ensemble of Chicago.

Over the years, artists from India, Korea and China (also from the USA, Canada and Japan) were invited to cooperate with the Australian Art Orchestra, which resulted in the emergence of distinct elements of world music in the repertoire. For five years, the artistic director of the Australian Art Orchestra has been the trumpeter and composer Peter Knight, thanks to whom the orchestra gained new energy and again attracted the attention of music critics. The orchestra's activity focuses on colliding contrasts and blurring the boundaries between music genres. The artists combine tradition with modernity, notation with improvisation, and avant-garde with pop music. The latest album, Water Pushes Sand, released in 2017 by the Australian label Jazzhead Records, draws from Sichuan folk music. Almost a quarter of a century of th orchestra’s activity has been a continuous search process that shows jazz as always up-to-date. Musical eclecticism is a characteristic feature of the current leader and the orchestra’s reputation,  creating space for artistic experiments that are regularly appreciated by the Australian music industry, as evidenced by many awards, including the Australian Jazz Bell Award  granted three times and the AMC / APRA Art Music Award twice. 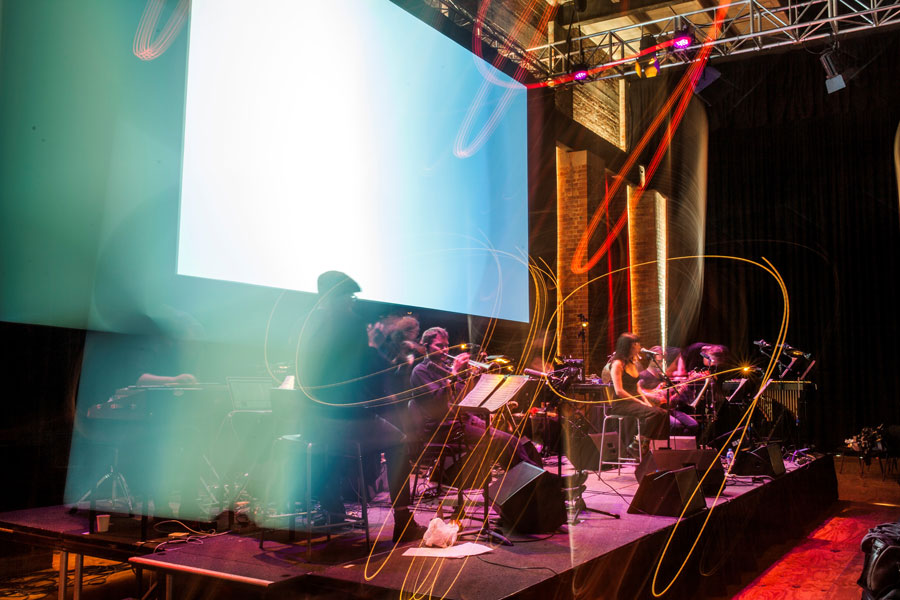