The Roots Magic band was founded in 2013 by award-winning Italian musicians - clarinettist Alberto Popola, saxophonist Errico De Fabritiisa, double bassist Gianfranco Tedeschi and drummer Fabrizio Spera. The original concept of the artists consists in the fusion of traditional blues with improvised music with clear free jazz provenance. By giving up harmonic instruments, the members of the formation have emphasized the musical freedom and rawness of the sound - especially in the context of concert activity. Two years after its creation, the band released their debut album Hoodoo Blues & Roots Magic (at the prestigious Clean Feed Records label). The album aroused great interest of music journalists, which was reflected in the high places in the rankings summarizing the phonographic premieres of 2015 (including the  New York Jazz Record  or Musica Jazz Top Poll). The repertoire of the Italian quartet are blues compositions by legendary artists, both fathers of the genre (including Robert Johnson or Charley Patton), and co-founders of the Chicago Association for the Advancement of Creative Musicians (AACM, including Henry Threadgill and Roscoe Mitchell). The Roots Magic musicians are constantly developing compositions by their masters, thus paying tribute to them. Continuing their collaboration with the Portuguese label in the summer of last year, the band released their second album - Last Kind Words. The unforgettable style of avant-blues  presented by the formation on this album, once again won the recognition of the press and enlarged the band’s following.

Amir ElSaffar is a classically trained trumpeter who develops his language combining jazz with the aesthetics derived from traditional music of the Middle East - Iraqi maqam. The musician releases his albums (six out of eight original albums) in the catalogue of Pi Recordings, one of the most interesting record labels of the 21st century connected with jazz. Amir ElSaffar explored maqam after graduation, during a five-year quest for the masters of this genre. During this time, he also learned to play santura and studied the Arabic language, which he uses in vocal parts in his works. He is the winner of the Doris Duke Performing Artist Award, as well as the beneficiary of this year's scholarship from United States Artists - a prestigious non-governmental organization supporting various artistic disciplines. He chas ollaborated with such artists as Cecil Taylor, Nasheet Waits, Rudresh Mahanthappa and John Escreet. During the concert at the 15th Jazztopad Festival, he will premiere a programme mixing different musical worlds and blurring intercultural borders. His new compositions will be performed by Lutosławski Quartet, one Poland’s  leading string quartets performing music of the 20th and 21st centuries, double bass player Ksawery Wójciński and clarinettist Wacław Zimpel. The latter two, well-known to fans of Polish improvised music, often draw on traditional music (including Indian, Jewish, Ukrainian or Polish) in their original projects. Amir ElSaffar, as a valued artist, continues to receive commissions (including from the Newport Jazz Festival and the Jazz Institute of Chicago), not only for jazz compositions, but also from bands with traditional Middle Eastern line-ups and from  chamber orchestras. Currently, the trumpeter is a composer-in-residence at the French Fondation Royaumont. 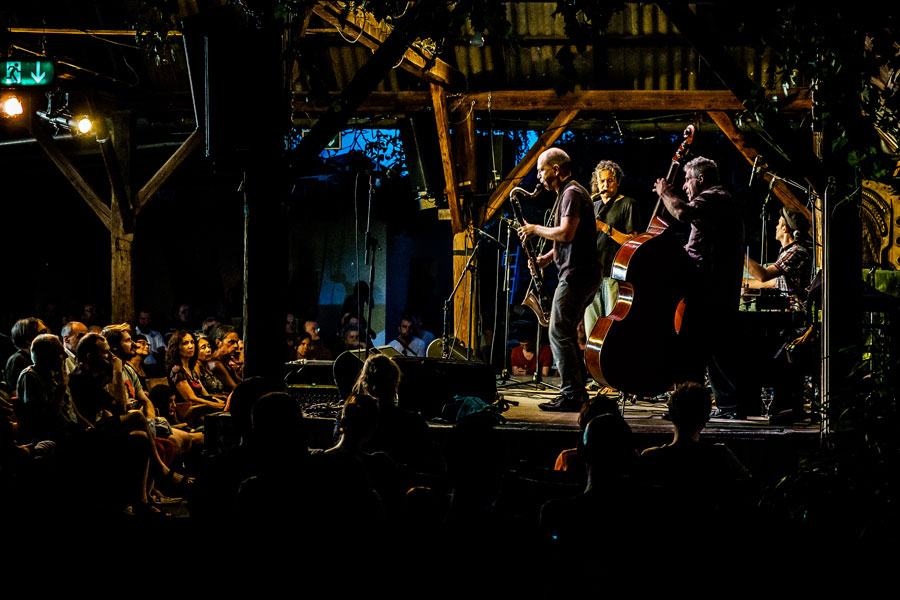