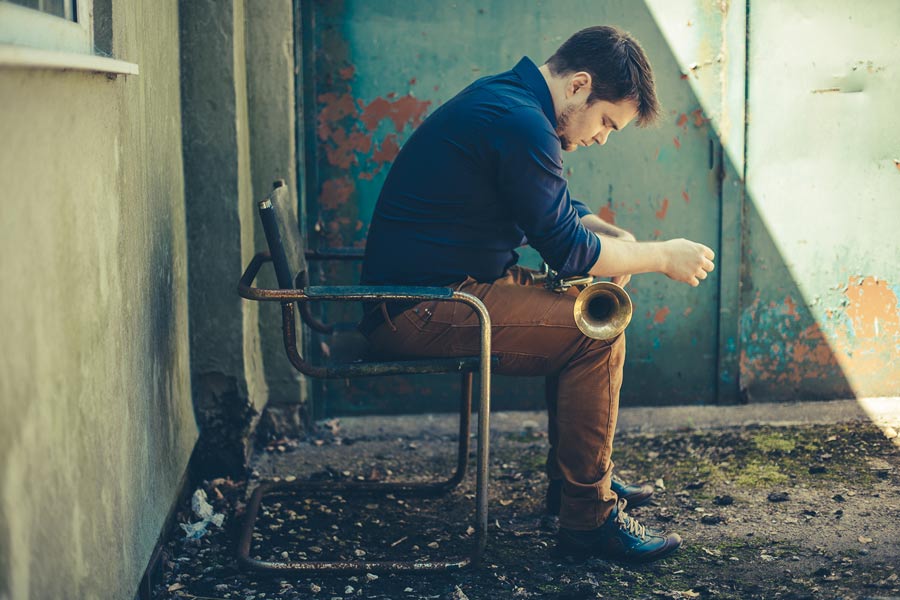 Since the year 2001 the RGG trio has been more and more often identified with the European taste of improvised music, performed by the piano trio. In 2013 after 12 years od RGG’s existence the pianist Przemysław Raminiak was replaced by Łukasz Ojdana, a young talented artist, who made the trio breathe deeper.The name RGG is no longer a short of the musicians‘ surnames, but it became a mark, thanks to the equal engagement of the artists in the musical creation. We are sure, that the RGG’s audience will never be disappointed. October 21, 2014 is the release date of the latest album of the trio entitled “Aura“, whose publisher is a prestigious label OKeh Records and Sony Music Entertainment. The origins of this label date back to the year 1918, when it was created by Otto K.E. Heinemann. The historic recordings signed OKeh are endorsed by the names: Louis Armstrong, Bix Beiderbecke, Erroll Garner, Count Basie, Duke Ellington, Ahmad Jamal. In the current catalogue the outstanding artists are: Sonny Rollins, Branford Marsalis, Dave Holland, Bill Frisell, Nils Peter Molvaer, Jeff Ballard, John Medeski, David Sanborn, Michel Camilo, The Bad Plus. The Artists – music ambassadors of the personalities, which significantly influenced the development of the jazz idiom in contemporary musical culture of the world. The seventh album in the trio’s discography is also a publishing debut on the international stage. Thus, the trio joined the exclusive team of Polish jazz artists, whose work has been recognized internationally.

“When listening to this wonderful music, it becomes clear to me, how RGG Trio approach their music with careful minds and with souls humbly filled with respect for the occasion. Heir Conciousness of sound and space marks the fact, that this is a European ensemble well aware of all different parameters in music, worth attention and focus”.