A concert of Musica Electronica Nova 2016 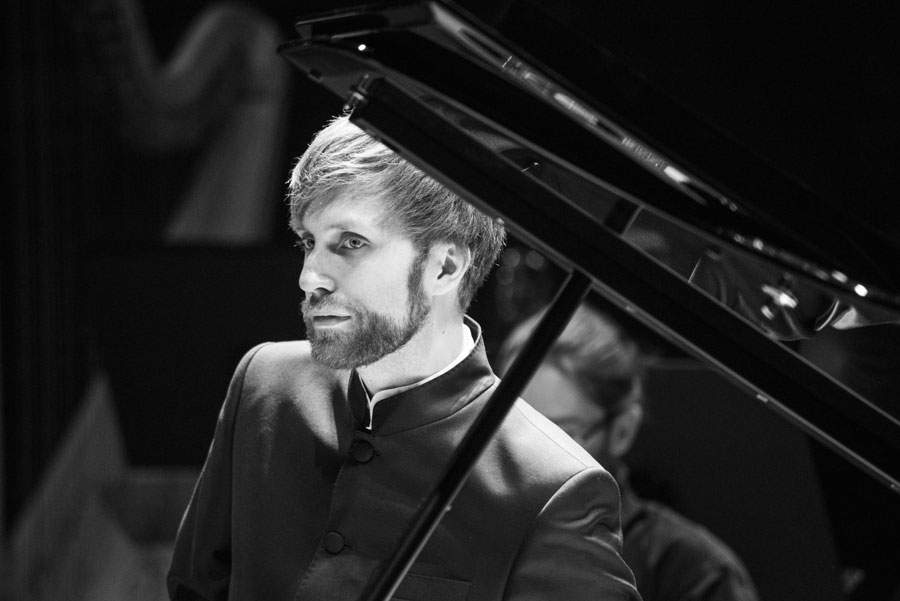 Instant Ensemble is a response to predictable and repeatable music tours. Sheet music for each concert of the seven-piece band is created live literally in front of the audience, composed in real-time by Nikola Kołodziejczyk. The music being composed is shown on the screen,  visible for both: the audience, and, of course, for musicians who can read it. Music heard during the concert will never be repeated, and the musicians sight-read new pieces of music appearing before them knowing they will never see them again. The core of the band is Nikola Kołodziejczyk’s trio - Stryjo. The band is joined by four prominent local instrumentalists.

Music created by Nikola Kołodziejczyk is far from the experimental scene with regard to style. Instant Ensemble is an attempt to dramatically accelerate the creative process, in which usually placing the first note on the paper is separated by months before music can be performed live. In this case, the time is reduced to a few seconds.