J. Duszyński Symphony No. 1 – world premiere of a piece commissioned by the National Forum of Music, Sinfonia Varsovia and the Białystok Opera and Philharmonic Orchestra
***
D. Shostakovich Symphony No. 11 Op. 103 'The Year 1905' 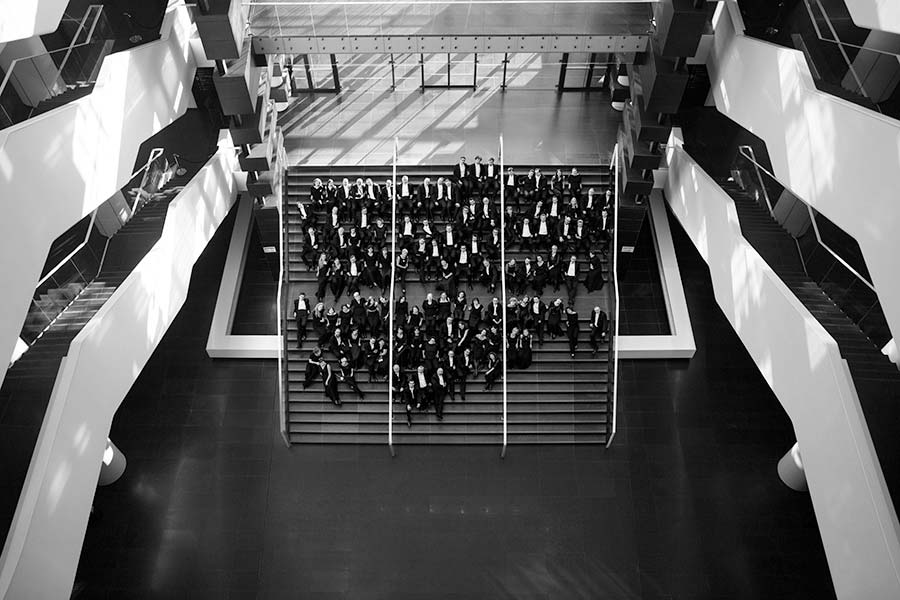 Shostakovich was unique in the Soviet Union in that he was claimed by both the dissident culture and the official culture. It is unclear, even now, what his personal leanings were, however his catalogue of work provides a fascinating study of artistic success and development under extreme politicization. He is recorded to have said, “by studying my music you will find the whole truth about me as a man and as an artist.”

In 1955 Shostakovich publicly announced that he was writing a symphony to commemorate the 50th anniversary of "Bloody Sunday," the day on which hundreds of poverty stricken and starving peasants peaceably assembled at the Winter Palace in Saint Petersburg and were shot and hacked to death by the Cossack police. This event caused a reaction that became the Russian Revolution. The influence of politics on Shostakovich’s music was obvious. It was made clear by the Soviet Government that only music characterized by its accessibility, tunefulness, stylistic traditionalism, optimism and folk-inspired qualities would be acceptable. Thus, the majority of Shostakovich’s work during war time were patriotic songs that would be acceptable to the Party.

His Eleventh Symphony was composed and premiered in the autumn of 1957 during the aftermath of the Soviet suppression of the Hungarian uprising. It has been theorized to be one of several political commentaries found among his compositions. The work is vividly programmatic, a fine example of thematic continuity, which unfolds without breaks between the four movements. Shostakovich's use of well-known folk songs, most pre-dating the Bolshevik Revolution of 1917, establish a foundation for the nostalgic Russian story. In the opening movement, Shostakovich insinuates the spacious emptiness of the square outside the Winter Palace. The second movement, depicts first the prelude to the massacre, secondly the event itself, and finally its immediate aftermath, as thousands of unarmed men lie lifeless in the snow. The third movement, Eternal Memory, written in the form of a funeral march, is a requiem of the fallen. The triumphant finale portrays reaction and predicts what will come, repeating many of the Russian revolutionary songs invoked in earlier movements as well as quoting a song of the Poles who resisted Russian annexation in 1863.