A. Bruckner Adagio  from String Quintet in F major

A. Bruckner Symphony No. 9 in D minor 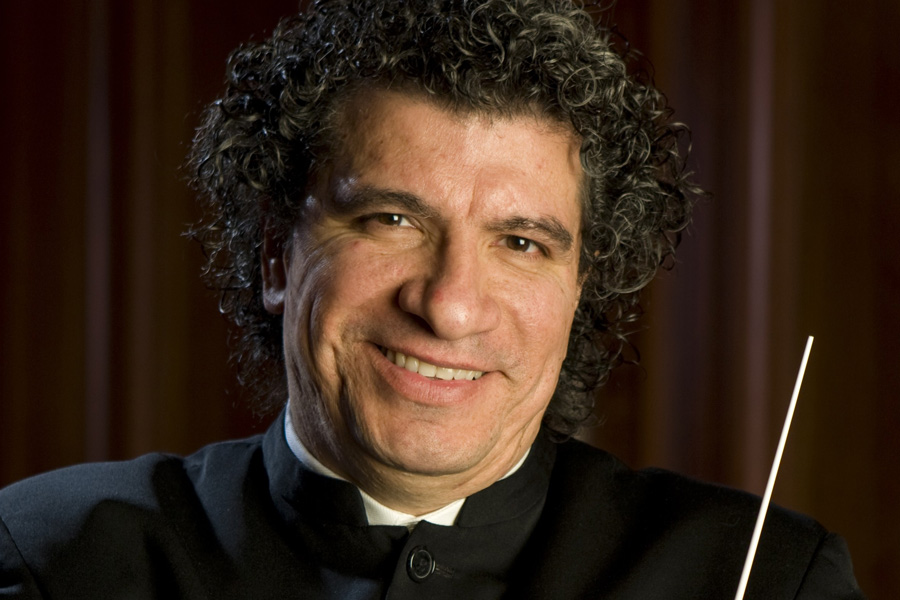 Giancarlo Guerrero, a native of Costa Rica, is a five-time Grammy award-winning Music Director of the Nashville Symphony Orchestra, a post he has held since 2009 and recently committed to through the 2024-25 season. Guerrero previously held posts as the Principal Guest Conductor of The Cleveland Orchestra Miami Residency from 2011 to 2016, Music Director of the Eugene Symphony between 2002 and 2009, and Associate Conductor of the Minnesota Orchestra from 1999 to 2004.

Anton Bruckner's Ninth Symphony was still being written at the time of the composer’s death in 1896, leaving the fourth and final movement incomplete. The symphony was premiered with Ferdinand Löwe conducting in Vienna in 1903, though in subsequent years the Löwe arrangement has been discarded.

Bruckner had begun composing the piece in 1887, immediately after finishing his Eighth Symphony. By the end of the year, he had written three movements, at which point he imparted, “I have done my duty on earth. I have accomplished what I could, and my final wish is to be allowed to finish my Ninth Symphony. Three movements are almost complete, the Adagio nearly finished. There remains only the finale. I trust that death will not deprive me of my pen.” A devoutly religious man throughout his life, he dedicated this final work, "dem lieben Gott" ("to the beloved God").

The Ninth Symphony has become self-sufficient in its three-movement form with its final measures emulating themes of the Miserere from Bruckner’s Mass in D minor, the Adagio of the Eighth Symphony, and the opening theme of the Seventh Symphony. During the final strokes, Bruckner, in the vein of Mahler, constructed a chord containing all seven pitches of the harmonic minor scale, which conveys such terror that you can nearly perceive the abyss with which he was engrossed. A horrible moment of silence follows. Then a sense of closure and finality. You are lead to wonder if Bruckner, himself, knew that this was the last music he would write.

For nearly three decades Bruckner scholars have been scrutinising the sketches that Bruckner left for a finale movement. A “reconstruction” by Nicola Samale and Giuseppe Mazzuca was performed in Berlin in 1986, and a consequent version appeared in 1990, based on new discoveries by the Australian musicologist John A. Phillips. Benjamin Gunnar Cohrs, a principal member of the team editing the collected works of Bruckner, has observed, “That Bruckner’s own vision of a splendid finale died with him cannot be denied. Any performance version by another hand can only be provisional, a work in progress, because it is by no means impossible that material now lost could resurface.” It appears that the status of the finale will be an interminable undertaking for scholars and it is likely that, in performance, Bruckner’s Ninth Symphony will remain a three-movement work and the capstone of Bruckner’s career.