***
P. Moss Passing Away for alto and four cellos 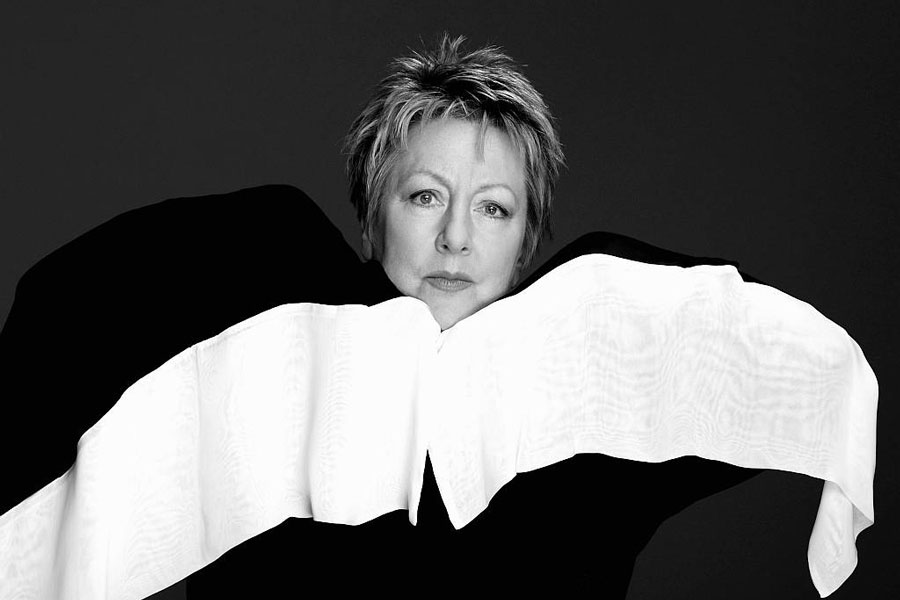 Jadwiga Rappé is an operatic contralto, born in Torun, Poland. She began her vocal training with Zofia Brégy at the Frédéric Chopin State Secondary School in Warsaw while studying Slavonic languages at Warsaw University. She then studied singing at the Academy of Music in Wrocław with Jerzy Artysz. In 1980 she won first prize at the International Bach Competition in Leipzig and in 1981  she was awarded a gold medal at the International Festival of Young Soloists, in Bordeaux. Rappé made her operatic debut at Młynarski Hall of the Grand Theatre in Warsaw, in 1983, when she performed the title role in Handel’s Amadigi di Gaula. Rappé has recorded several contralto solo roles from the music of Bach, Mahler, Honegger, Szymanowski and Penderecki, and has collaborated with BMG Music, Teldec, EMI, Polski Nagrania, Polskie Radio/Kos and CD Accord. Her repertoire consists of oratorio parts from the Baroque era to contemporary music, including song cycles and operatic arias, and she is well known for her interpretations of Wagner's compositions.