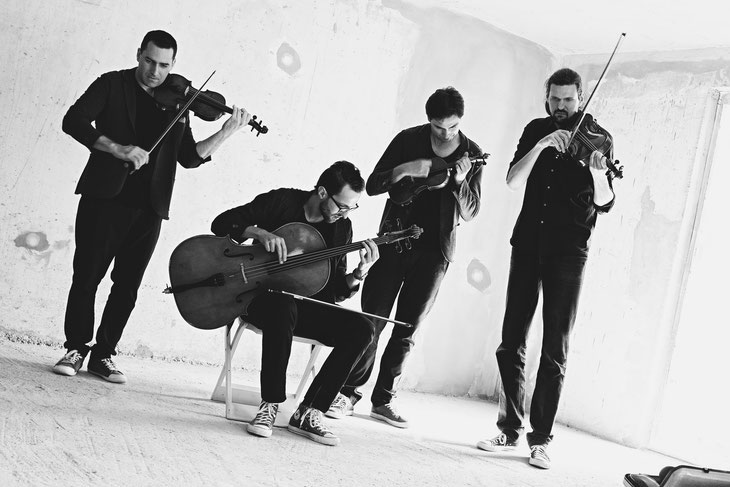 Christian Danowicz was born in 1983 in Buenos Aires, Argentina. At the age of four, he moved with his family to France.  His father was his first violin teacher. He is a graduate of the Conservatory in Toulouse where he studied with Gilles Colliard. He completed his Master’s studies at Fryderyk Chopin University of Music in Warsaw, under the tutelage of Julia and Krzysztof Jakowicz, in 2010. The same year, he completed a Bachelor’s Degree from the opera and symphonic conducting class of Antoni Wit. He now studies conducting under the direction of prof. Tomasz Bugaj, at Fryderyk Chopin University. He is also pursuing doctoral studies at the Wroclaw Academy of Music under violin professor Jaroslaw Pietrzak. Danowicz is a laureate of the Tadeusz Wronski International Solo Violin Concourse in Warsaw and received first prize in the chamber music competition of the Duxbury Music Festival, in 2010. Since 2010, he has held the position of concertmaster of the Leopoldinum Chamber Orchestra, in Wroclaw. He performs regularly as a soloist and conductor with the ensemble, and as a member of the Leopoldinum Soloists Trio, he has received a scholarship to study for one year at the Escuela Superior de Musica Reina Sophia in Madrid, in the chamber class of G. Pichler.

The Atom String Quartet was established in Warsaw in 2010, all the members having graduated from Warsaw Frederic Chopin University of Music. The ensemble was founded by violinists Dawid Lubowicz and Mateusz Smoczyński, violist Michał Zaborski, and cellist Krzysztof Lenczowski. Since winning the Grand Prix of the 13th Bielska Zadymka Jazz Festival in 2011, the band has had the opportunity to perform at the greatest music festivals of the world. The ensemble has also recorded three original records, “Fade In,”  which received the Polish music award the “Fryderyk” for Jazz Debut of the Year in 2011, “Places,” which won the “Fryderyk” for Album of the Year in the category of Jazz in 2012 and “AtomSPHERE,” which received a nomination for the “Fryderyk” for Jazz Album of the Year in 2015. The Atom Quartets’ unique style combines the traditional instrumentation of a string quartet with improvisational jazz principles and inspiration from Polish folk music, various world music traditions, contemporary and classical music.

Composer Hanna Kulenty was born on March 18, 1961, in Białystok, Poland. From 1980 to 1986 she studied composition with Włodzimierz Kotoński at the Chopin Music Academy in Warsaw. Between 1986 and 1988 she studied composition with Louis Andriessen at the Royal Conservatory of Music in The Hague. Kulenty has composed two Opera’s, twelve works for symphony orchestra and more than 60 other pieces. In 1985 Kulenty was awarded the second prize of the European Young Composers’ Competition organised in Amsterdam with Ad Unum for orchestra. In 1987 she was awarded the Stanislaw Wyspianski Award, 2nd class, as well as second prize in the Young Composers’ Competition of the Polish Composers’ Union. She was also awarded several prizes, by the Composers’ Competition of the Warsaw branch of the Polish Composers’ Union, between 1986 and 1989. In 1990 she was a guest composer at DAAD in Berlin. In 1999 she served as composer-in-residence with Het Gelders Orkest in The Netherlands. She lectured at the Other Minds 10 festival in San Francisco and at Soundstreams Canada in 2005. Also in 2005, she was a guest professor at the Conservatory of Zwolle. In 2007 she taught as a guest professor at the ESMuC, Music Academy in Barcelona. In 2003 her Trumpet Concerto won the first prize at UNESCO’s 50th International Rostrum of Composers, for which she received the UNESCO Mozart Medal from the International Music Council. This evening's performance will feature her newest composition, Concerto Rosso for string quartet and string orchestra.