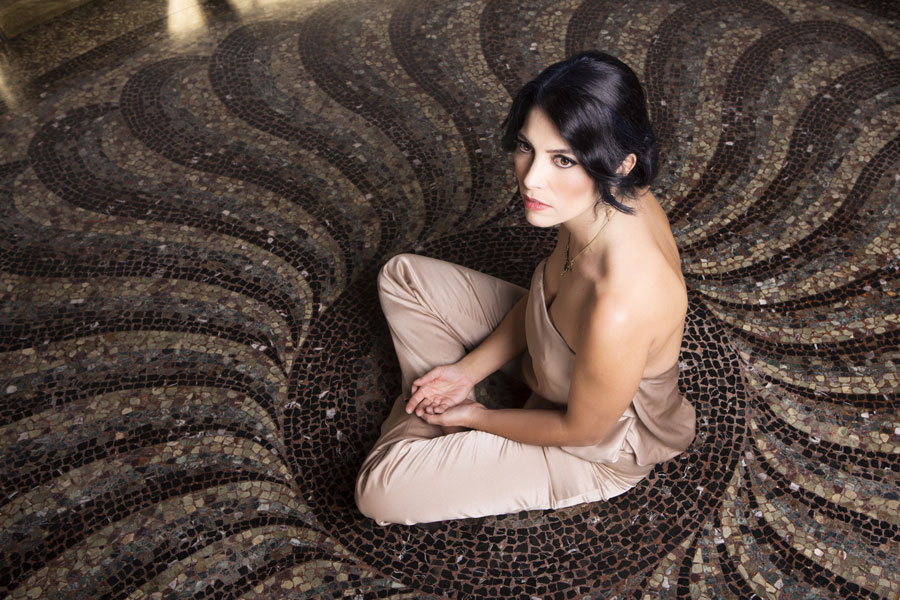 Vivica Genaux was born in Fairbanks, Alaska. She began her vocal studies with American soprano Dorothy Dow. Genaux then studied with Nicola Rossi-Lemeni and Virginia Zeani at Indiana University, Bloomington, and continued her studies with Claudia Pinza. She began her professional career as a soprano specialising in the roles of Rossini heroines Rosina, Il Barbiere di Siviglia, Isabella, L'italiana in Algeri, and Angelina, La Cenerentola. Genaux has been praised for her performances of the music of Georg Friedrich Händel, Antonio Vivaldi, and her extensive Baroque repertory has championed the music of Johann Adolf Hasse. Genaux won a 1997 ARIA Award, New York City Opera’s 2007 Christopher Keene Award, and Pittsburgh Opera’s 2008 Maecenas Award. She enjoys sharing her expertise with other singers through masterclasses and teaching opportunities. She currently resides in Italy.

George Frideric Handel was born on February 23, 1685, the same year as Bach, in Halle, Germany. As a boy, he met composer and organist Frideric Wilhelm Zachow at the Duke’s court in Weissenfels. Zachow was impressed with Handel and invited him to become his pupil. In 1703, Handel committed himself fully to music and accepted a violinist’s position at the Hamburg Opera’s Goose Market Theater. While touring Italy a few years later, he met a number of proponents of London’s music scene. Lured by the desire for a freelance music career, Handel left Venice for London in 1710.

Upon his arrival, Handel met the manager of the King’s Theatre, who commissioned the composer to write an opera. The result was Handel’s Rinaldo, which was released during the 1710 and 1711 London opera season. Rinaldo was a great success and permitted Handel’s admittance to London Society. In 1719, Handel was invited to become the Master of the Orchestra at the Royal Academy of Music. The operas of the Academy period included Julius Cesare, written in 1724. The opera is a clever characterization of Cleopatra’s ‘infinite variety,’ a Shakespearian concept derived from the text of Antony and Cleopatra. In 1726, Handel decided to make London his permanent home and became a British citizen.

In 1741, having abandoned opera writing in favour of oratorios, Handel was commissioned by Dublin’s Lord Lieutenant to compose a piece based on a biblical libretto by Charles Jennens. This gave Handel the opportunity to create his most famous oratorio, Messiah, which premiered at the New Music Hall in Dublin, in April 1742. Between Israel in Egypt and Messiah Handel took a short respite writing secular works, with a setting of Dryden’s shorter Cecilian ode, A Song for St Cecilia’s Day, which was first presented as a pair with Alexander’s Feast, and with L’Allegro, il Penseroso ed il Moderato.

Back in London, Handel organised a subscription season for 1743 that consisted exclusively of oratorios. He continued to compose oratorios prolifically throughout the remainder of his life and career, including Semele which he wrote in 1744. In addition to his oratorios, Handel’s concerti grossi, anthems and orchestral pieces were highly successful. Among the most noted were Water Music, from 1717 and Music for Royal Fireworks, completed a decade before his death. Handel died in London on April 14, 1759. His funeral was attended by 3,000 people and was a huge state affair. Ludwig Van Beethoven, said of Handel's works, "Go to him to learn how to achieve great effects, by such simple means."

Antonio Lucio Vivaldi was born on March 4, 1678, in Venice, Italy. His father, Giovanni Battista Vivaldi, was a violinist. Young Vivaldi, was thus able to study music with the finest musicians and composers in Venice. His career began when he was named maestro di violino (master of violin) at the Ospedale della Pietà (Devout Hospital of Mercy) in Venice in 1703. He wrote most of his major compositions over the next three decades. L'estro armonico (the harmonic inspiration), Vivaldi’s first collection of concertos appearing in print, is a set of 12 concertos for stringed instruments, published in Amsterdam in 1711. It was also the first instance of the composers choice to use a foreign publisher, Estienne Roger. Beginning in 1713, Vivaldi composed sacred music for the Pietà, and in 1716, following his promotion to maestro de' concerti (music director), he crafted his finest oratorio Juditha triumphans.

In 1718 he left Venice for Mantua and three of his operas were performed during that year’s Carnival celebrations. In 1725 the last four of his concerto publications appeared, leading with Il cimento dell'armonia e dell'invenzione, which contains the famous four-part masterpiece, The Four Seasons. From 1726 until 1728 he was engaged with opera at the S. Angelo theatre, once again, in Venice.

Vivaldi composed the opera, La fida ninfa (The Faithful Nymph) to a libretto written by Francesco Scipione for the opening of the Teatro Filarmonico in Verona on January 6, 1732. He composed the music for L'Olimpiade, an opera in three acts by Metastasio in 1733. Metastasio’s plot was based on "The Trial of the Suitors" from Book 6 of The Histories of Herodotus, in the same manner as Apostolo Zeno's libretto Gli inganni felici from 1695. The surviving second and third acts of Catone in Utica, another of Metastasio’s libretti was premiered in Verona in the spring of 1737. With music written by Vivaldi, Catone in Utica is treasured by vocalists for containing his finest, most mature and original arias.

Vivaldi ultimately left Venice hoping to find a position in the Imperial Court of Vienna, in Austria. However, he was not successful and without a patron following the death of Charles VI he died in poverty in Vienna on July 28, 1741.