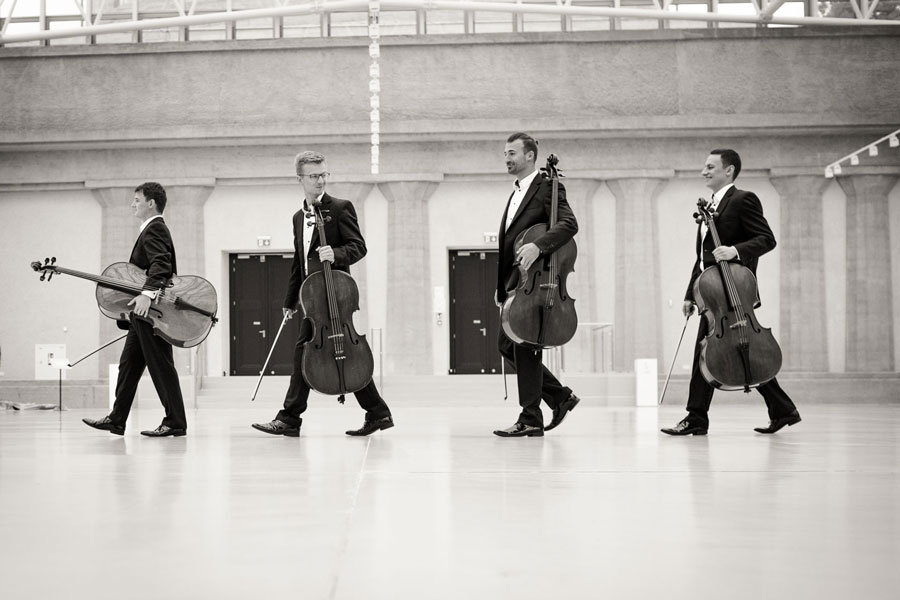 Julius Klengel was a composer and cello virtuoso was associated with Leipzig and German Romanticism. He taught at the music conservatory and performed in the Gewandhaus orchestra. His compositions show a perfect knowledge of his instrument, he uses the soothing, warm timbre of the cello in both the virtuosic and complementary manner.

Rodion Shchedrin is himself a virtuoso pianist and organist. He was one of the leading Soviet composers and held the chairmanship of the Union of Russian Composers from 1973 until 1990. He studied at the Moscow Choral School and Moscow Conservatory under Yuri Shaporin and Nikolai Myaskovsky. Approaching the avant-garde, he connects elements of folklore and traditional style with the roots of great Russian composers like Dmitri Kabalevsky and Dmitri Shostakovich using modern compositional methods such as collage and aleatoric techniques. His output includes stage works as well as vocal and instrumental music.