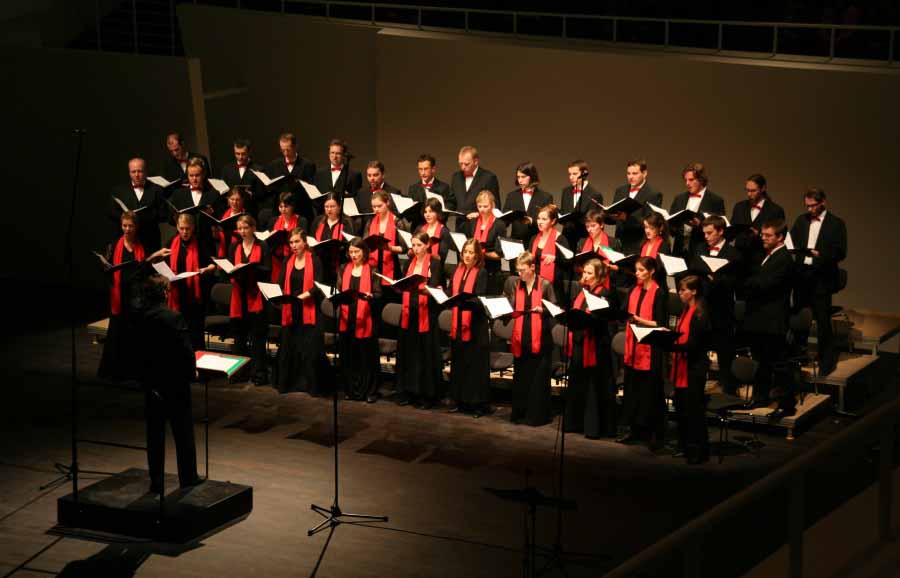 Hans-Christoph Rademann was born on August 5, 1965, in Dresden. He is currently the director of the Dresdner Kammerchor and the Internationale Bachakademie Stuttgart, serves as Professor of Choral Conducting at the Hochschule für Musik Carl Maria von Weber, in Dresden, and holds the position of Artistic Director of the Erzgebirge Music Festival. Rademann studied at the Kreuzgymnasium, was a member of the Kreuzchor, and studied choral and orchestral conducting at the Musikhochschule Dresden. During his studies, he founded the Dresdner Kammerchor and still serves as its director. From 1999 to 2004 he served as the chief conductor of the Norddeutscher Rundfunk Chorus, and from 2007 to 2015 he was the chief conductor of the RIAS Kammerchor. Rademann has been Akademie Director of the Internationale Bachakademie Stuttgart, Since June 2013. His awards and Honours include the Johann-Walter-Plakette of the Sächsischer Musikrat 2014, the Saxon Constitutional Medal, 2008, and the Patrons’ Award and Art Prize of the City of Dresden, in 1994 and 2014 respectively. His recording initiatives have received the German Record Critics’ Award, the Grand Prix du Disque, 2002, Diapason d’Or, in 2006 and 2011, CHOC de l’année 2011, and Best Baroque Vocal Award 2014.

The Passion According to St John was composed by Johann Sebastian Bach during his first year as Cantor and Director of Music of Leipzig. The composer conducted the work’s premiere on Good Friday, April 7, 1724, at the St. Nicholas Church. The piece was revised the following year before the boys’ choir of St. Thomas’s performed it on Good Friday, 1725. Sometime around 1732, and again around 1749, Bach made more modifications and reversed some of the changes he had made in 1725. In modern performance, an aggregate score of the original 1724 and the final 1749 versions are presented.

In his interpretation of the St. John Passion Bach used Chapters 18 and 19 of the Luther Bible from the Gospel of St. John.  The Evangelist’s words are unchanged from the text of the bible. The other texts are Protestant hymns and free poetry on the theme of the passion story. Several of the aria texts where borrowed from a libretto by Barthold Heinrich Brockes, and others from writings by Christian Weise and Christian Heinrich Postel. For dramatic effect, Bach borrowed two elements from the Book of Matthew. One is the weeping of Peter after his betrayal is discovered, and the other is the earthquake following Jesus’s death.

The account of Saint John, the only gospel author present at the Crucifixion, is associated with the sequence of events from Jesus’s entry into Jerusalem through the Crucifixion. The first portion of the St. John Passion concerns the events from the main characters’ points of view, namely Jesus, Pontius Pilate, Peter, and the Evangelist. The remainder is devoted to the reactions and commentary of those witnessing the events.  This commentary punctuated with quotations from scripture and the use of instrumental accompaniment. Bach composed these portions for all the standard instruments of the time, as well as the viola d’amore, lute, viola da gamba, oboe d’amore, and the oboe da caccia.

and will not leave you,

my life, my light.

and do not stop,

continue to draw me,

shove me, urge me on.