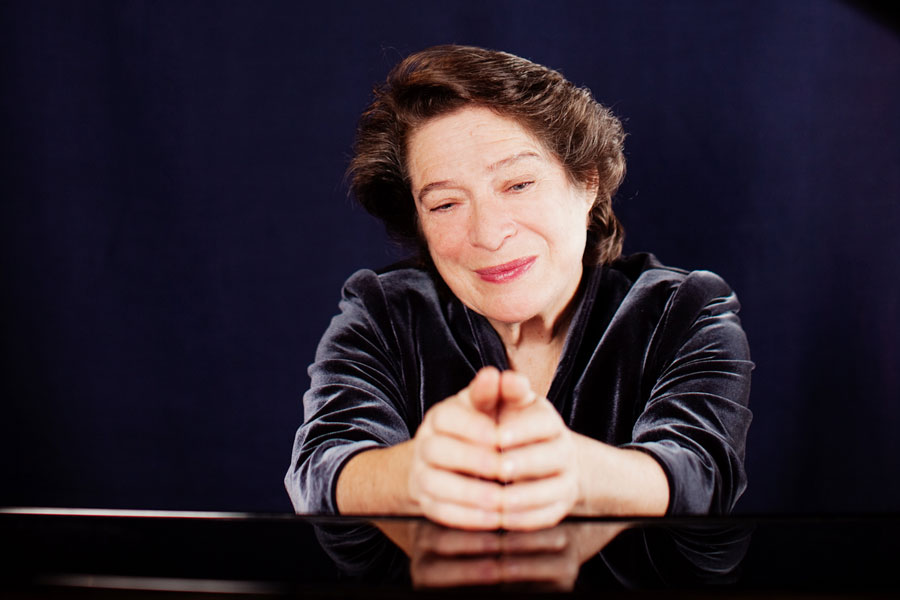 Paul McCreesh graduated from the University of Manchester in 1981 with a Bachelor’s Degree in music performance and musicology, he was a cellist. In 1982 he founded the Gabrieli Consort & Players specializing in Renaissance and Baroque music, often presenting little-known period repertoire. The ensemble released the Gramophone Award-winning album Venetian Coronation on Virgin Classics in 1990. McCreesh is also founder and Artistic Director of the Brinkburn Summer Music Festival, in England, which he began in 1994. He was Artistic Director of the Wratislavia Cantans Festival between 2006 and 2012, and in 2013 he became Principal Conductor and Artistic Adviser of the Gulbenkian Orchestra in Lisbon. McCreesh also enjoys conducting opera and has taken part in productions at the Teatro Real Madrid, Royal Danish Opera, Vlaamse Opera and the Verbier Festival. His album of Benjamin Britten's War Requiem was awarded the BBC Music Magazine Award in 2014, his recording of Felix Mendelssohn's Elijah won the Diapason d’Or Award, in 2013 and his rendition of Berlioz’s gargantuan Grande Messe des Morts received the BBC Award in 2012. McCreesh is especially passionate about working with young musicians and broadening access to classical music. The conductor works regularly with youth orchestras and choirs and is active in cultivating new educational initiatives.

Elisabeth Leonskaja was born in Tbilisi, Georgia, to a Russian family. While a student at the Moscow Conservatory, she began collaborating with Sviatoslav Richter, to whom she was life-long friend and colleague. In 1978, she left the Soviet Union and relocated to Vienna. Leonskaja is a frequent guest at music festivals including the Salzburg Festival, the Vienna and Lucerne Festivals, the Schleswig-Holstein Festival, and the Schubertiade in Hohenems and Schwarzenberg. Additionally, she gives regular piano recitals in the world's major musical centres. Leonskaja was awarded the Caecilia Prize for her Brahms piano sonatas and the Diapason d´Or for her recordings of works by Liszt. She also released recordings of the Tchaikovsky Piano Concertos with the New York Philharmonic Orchestra under Kurt Masur, the Chopin Piano Concertos with the Czech Philharmonic Orchestra under Vladimir Ashkenazy, and the Shostakovich Piano Concertos with the Saint Paul Chamber Orchestra. Her newest album, PARIS, with works by Ravel, Debussy and Enescu was released by eaSonus and was awarded Solo CD of the year in 2014 at the ICMA prizes. Leonskaja has been made an Honorary Member of the Konzerthaus of Vienna and in 2006 she was awarded the Austrian Cross of Honor, First Class, for her services to the cultural life of her adopted country.

Wolfgang Amadeus Mozart’s Serenade No. 13, Eine kleine Nachtmusik, was composed in 1787, while Mozart was occupied composing the second act of his opera Don Giovanni. The piece “little night music,” as he entered it into his handwritten catalogue of works, was shorthand and was never intended to serve as the work’s title. An account from Vienna in 1793 reads, “ During the summer months, if the weather is fine, one comes across serenades performed in the streets almost daily and at all hours… when, usually, everyone is hurrying home, one nevertheless soon discovers people at their open windows, and within a few minutes the musicians are surrounded by an applauding crowd of listeners who rarely depart until the serenade has come to an end.” Eine kleine Nachtmusik was Mozart’s last serenade, perhaps written as a commission for an outdoor gathering. It remains one of his most familiar and beloved works.

Of the 27 piano concertos from Mozart's output, 15 were written during the years following his relocation from Salzburg to Vienna. In the winter of 1785 and 1786, he composed three while also working on The Marriage of Figaro. This was his most productive period and it also corresponds to Mozart’s zenith as a performer. These works were featured in a series of subscription concerts Mozart initiated to present himself as piano soloist.

In Mozart's writing, keys often correspond to emotional moods. He wrote two piano concertos in the key of A major, No. 11, in 1782 and No. 23, in 1786. Both works share the bright disposition that characterizes Mozart's A major which is warm, tender, and cheerful. No. 23 is significantly broader in scope and exemplary of Mozart's concerto style at its most mature and refined. The piece does not open with a fanfare as many concertos do, but begins with a gentle melody. The orchestration is darker in hue due to the absence of oboes and the use instead of clarinets. Mozart was aware of the exceptional richness of Concerto No. 23, and he included it in the selected works he sent to his prospective patron, Prince Fürstenberg in Donaueschingen. In a letter accompanying the selection, he wrote that these were "compositions which I keep for myself or for a small circle of music-lovers and connoisseurs.”

Edward Elgar composed his Second Symphony in 1910 and 1911 and conducted the London Symphony Orchestra in the first performance on May 24 at the Queen’s Hall. Elgar was devastated by the public response particularly after the enthusiasm shown to his First Symphony and the Violin Concerto. However, the confident mood of the beginning of the century was fading and the tensions leading to the First World War were emerging. Additionally, by the time the work had its first performance, King Edward VII had died. Today the Second Symphony is commended as much as the First, thus it is difficult to pinpoint quite why the audience didn’t care for the piece.

Elgar wrote a motto from Shelley, “Rarely, rarely comest thou,  Spirit of Delight” at the top of his draft as well as at the end of the full score. He later explained, “To get near the mood of the symphony the whole of Shelley’s poem may be read, but the music does not illustrate the whole of the poem, neither does the poem wholly elucidate the music.” He also commented that “The spirit of the whole work is intended to be high and pure joy: there are retrospective passages of sadness, but the whole of the sorrow is smoothed out and ennobled in the last movement.” He spoke of the composition as representing the “passionate pilgrimage of the soul.” The Second Symphony by all accounts certainly is a more complex work and is less dramatic than the First Symphony. The score is dedicated to the memory of King Edward VII, with the full wording making clear that the work was conceived neither as a memorial nor as a portrait, but simply as a work Elgar felt worthy of being offered as a tribute:

Dedicated to the Memory of His Late Majesty King Edward VII. This Symphony, designed early in 1910 to be a loyal tribute, bears its Present dedication with the gracious approval of His Majesty the King [George V]. March 16th, 1911.