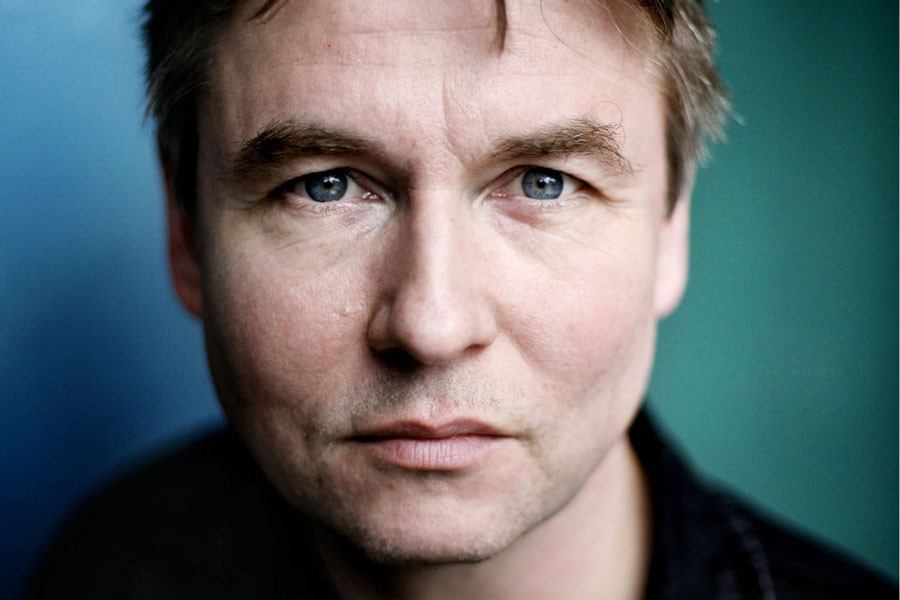 Acknowledged for its pioneering approach, the Philharmonia leads the field for the quality of its playing and its innovative work with residencies, music education, audience development and the use of new technology to reach a global audience. Along with its relationships with the world’s most sought-after artists, the Philharmonia is at the heart of British musical life.

Esa-Pekka Salonen, born in Helsinki, Finland, studied horn and composition at the Sibelius Academy in Helsinki, as well as conducting with Jorma Panula. He is currently the Principal Conductor and Artistic Advisor for London’s Philharmonia Orchestra and the Conductor Laureate for the Los Angeles Philharmonic, where he was Music Director from 1992 until 2009. This season is his second of three as the Marie-Josée Kravis Composer-in-Residence at the New York Philharmonic, and his first of five years as Artist in Association at the Finnish National Opera and Ballet. Additionally, Salonen is Artistic Director and co-founder of the annual Baltic Sea Festival, now in its fourteenth year, which invites celebrated artists to promote unity and ecological awareness among the countries around the Baltic Sea.

Ludwig Van Beethoven composed his Second Symphony during the summer and autumn of 1802 and conducted the first performance on April 5, 1803, in Vienna. In June 1801, he had confessed to his friend Dr. Franz Wegeler, “For almost two years I have ceased to attend any social functions, just because I find it impossible to say to people: I am deaf.” Nonetheless, as he wrote to his brothers in the infamous Heiligenstadt Testament, he didn’t fail to see the irony of “an infirmity in the one sense which ought to be more perfect in me than in others.” This was the effrontery under which he composed his most energetic, joyful, and gregarious, Second Symphony.

At its premier a critic affirmed that “the First Symphony is better than the later one because it is developed with lightness and is less forced, while in the Second the striving for the new and surprising is already more apparent.” A rich and dramatic theme is slowly introduced by the first movement, followed by one of the longest slow movements in the composer’s repertoire. The third, a Scherzo: Allegro, maintains an unprecedented edge as it spurts nervous energy and in the end a fiery finale concludes the work, written in rondo form. Beethoven finished this boisterous finale only days before he confessed thoughts of suicide in the letter to his brothers. Hector Berlioz once remarked that "this Symphony is smiling throughout." It is assumed that the piece's verve perhaps provided Beethoven with comfort and eased his tumultuous emotions. Still, his contemporaries applauded the Second Symphony as a significant piece full of power and depth.

Gustav Mahler worked on his First Symphony in February and March of 1888, by integrating music that he had written earlier. The first performance was given on November 20, 1889, in Budapest, with the composer conducting. The First Symphony is indebted to such sources as Mahler’s Wayfarer songs, incidental music written for Der Trompeter von Säkkingen, yodeling, military fanfares, café music, the opening of Beethoven's Ninth Symphony, a love song he wrote in 1880, reveille, and the German Ländler. This was Mahler’s first large and purely orchestral work and it took him some time to bring all his material together to create a lucid whole from the individual parts. When Mahler finally published the piece fifteen years later, he had discovered a new kind of symphony that linked the creativity and storytelling of the symphonic poem with the architectural organization of the symphony as it was known. It is evident, at the time, that Mahler was experimenting with ways of creating overwhelming volumes of sound. He even suggested in the score that the expanded horn section should stand, bells raised, in order to surmount the rest of the orchestra during the finale.

When the piece was introduced in Budapest it was billed as a "Symphonic Poem in two parts" with three movements in part 1 and two in part 2. At its first performance the pastoral and idyllic Part 1 was in much better received than Part 2, with its ‘new romantic’ excesses. Mahler wrote to the critic Max Marschalk in March 1896, “At the time my friends persuaded me to provide a kind of program for the D major symphony in order to make it easier to understand. Therefore, I had thought up this title and explanatory material after the actual composition. I left them out… not only because I think they are quite inadequate and do not even characterize the music accurately, but also because I have learned through past experiences how the public has been misled by them.”

The first movement begins "like a sound of nature," with its overtly marked cuckoo calls, fanfares tuned to A-natural and scattered over seven octaves, and an effect is created by three offstage trumpets. Next comes a scherzo set to foot-stomping dances and yodeling, similar to material Mahler had used for his first songs in 1880. The third movement, Mahler says, is a satiric cartoon of "The Hunter's Funeral" a vision of a hunter's coffin drawn by animals, turned into musical life. The finale begins with a "flash of lightning from a dark cloud" Mahler claimed, "It is simply the cry of a wounded heart." Later the work returns to the pastoral themes of the first movement, but rather than setting off on a journey, headed straight for triumph.