Please note that the content of this concert is inappropriate for people under 18 years of age. 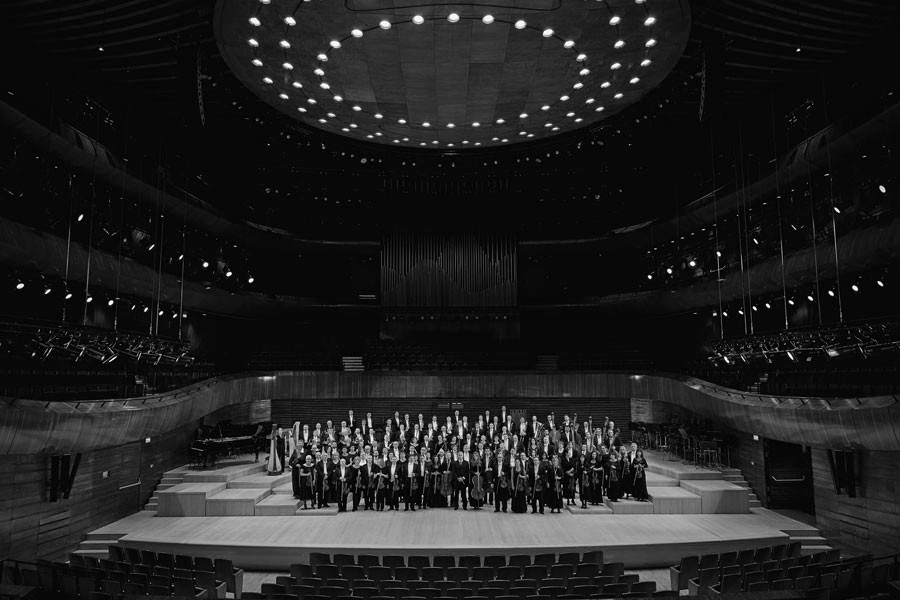 Sounds of machines encapsulated in music. The incessant movement of repeated sound cells propels the unrelenting motility of the great orchestra machine.

Marzena Diakun graduated from the Karol Lipiński Academy of Music in Wrocław. She earned her Master's at the Universität für Musik und darstellende Kunst in Vienna and her Doctorate at the Academy of Music in Kraków. Diakun was awarded the highest distinction for conductors from the Polish Ministry of Culture in 2005 and received second prize at the 59th Prague Spring Competition for Conductors in the Czech Republic. She was a finalist in the 4th International Lutosławski Conducting Competition in Poland in 2006 and a semifinalist in both the Quadaques Conductors Competition in Barcelona and Donatella Flick Competition in London in 2008. Additionally, Diakun won first prize at the Fitelberg Competition in Katowice in 2011 and was awarded second prize in 2012. She currently serves as a tenured lecturer at the Karol Lipinski Academy of Music.

The Polish National Radio Symphony Orchestra was founded in Warsaw in 1935 and was re-established in Katowice in 1945. In 2006 it was designated a National Cultural Institution. The orchestra was created and led by Grzegorz Fitelberg until the beginning of World War II. In March of 1945, Witold Rowicki took over the orchestra until 1947 when Grzegorz Fitelberg returned to the post of the Artistic Director, serving until his death in 1953. The institution has collaborated with celebrated Polish composers including Witold Lutosławski, Henryk Mikołaj Górecki and Krzysztof Penderecki, performing numerous premiers of their works. In addition to making archival recordings for Polish Radio, the ensemble has also recorded more than 200 albums and has been honoured with awards including the Diapason d’Or and Grand Prix du Disque de la Nouvelle Académie du Disque, the Cannes Classical Award, and the Midem Classical Award. Since 2005, the NOSPR has been the organiser of the biennial festival of world premieres, Polish Modern Music. NOSPR inaugurated its state of the art concert venue in 2014 in collaboration with the Konior Studio with acoustics designed by Nagata Acoustics. The Polish National Radio Symphony Orchestra recently celebrated its 80th anniversary season.