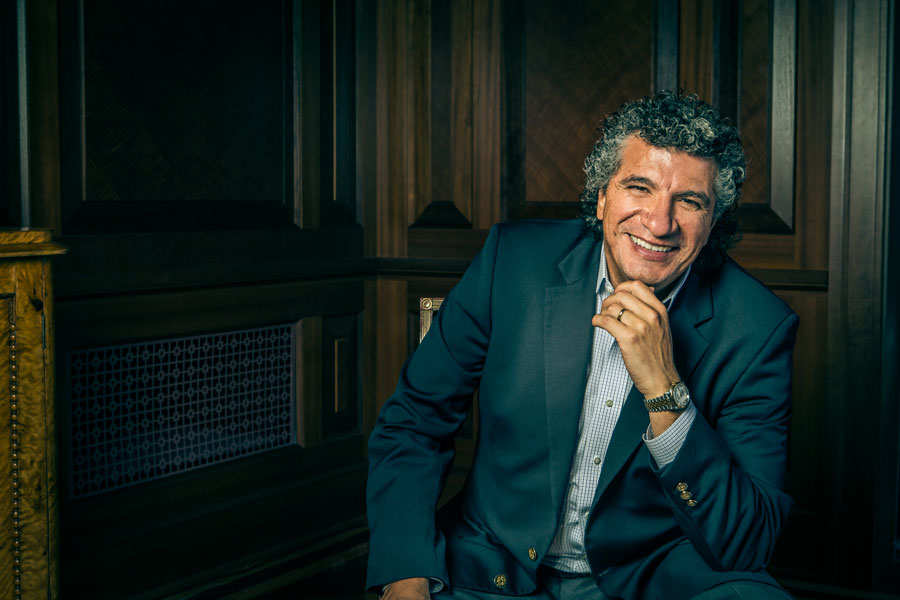 Giancarlo Guerrero, a native of Costa Rica, is a five-time Grammy award-winning Music Director of the Nashville Symphony Orchestra, a post he has held since 2009 and recently committed to through the 2024-25 season. Guerrero previously held posts as the Principal Guest Conductor of The Cleveland Orchestra Miami Residency from 2011 to 2016, Music Director of the Eugene Symphony between 2002 and 2009, and Associate Conductor of the Minnesota Orchestra from 1999 to 2004. The Narodowe Forum Muzyki is extremely pleased with the appointment of Giancarlo Guerrero to the position of Artistic Director of the Wroclaw Philharmonic taking effect for the 2018-2019 season! Maestro Guerrero will spend eight weeks per season with the orchestra in addition to touring and recording activities.

Gioachino Rossini was the world’s favourite opera composer until the middle of the nineteenth century and his works inspired the great opera composers Verdi, Puccini and Wagner. The Barber of Seville, which premiered in Rome in 1816, is considered to be his greatest opera. The libretto, based on a story by the French playwright Pierre-Augustin Caron de Beaumarchais from 1775, is notable for its perpetual themes, light-hearted wordplay, dippy action and lively characters. Rossini, who was known to compose four or five productions in a single year, completed his work on The Barber of Seville in just three weeks. He initially intended to write a Spanish-inspired overture for the opera buffa, but ran out of time and instead resorted to recycling.  He chose an overture originally written in 1813, which he had previously employed to open two or three earlier operas, before its propitious attachment to The Barber of Seville. Thus the overture is curiously thematically unconnected to the other music in the opera.

Wolfgang Amadeus Mozart experienced a dramatic change in his life between 1785, the climax of his golden years, and the summer of 1788. Mozart’s debts accrued beyond control and he found himself in financial despair. However, his work continued and in the weeks between June and August 10th, Mozart penned his final three symphonies. Numbered 39, 40 and 41, all are masterpieces, but the latest is considered one of the greatest symphonies ever composed. It is not known when or where the first performances took place, but by the early 1800s the C-major Symphony was universally recognized.  It became known later as the Jupiter, after the mightiest Roman god, in a catchy advertising attempt for the symphony's London performances in 1819. According to his son Franz Xaver Mozart, the nickname was bestowed on the work by Johann Peter Salomon, out of awe for the Symphony’s character.

Sir George Grove wrote of the Jupiter Symphony, "it is for the finale that Mozart has reserved all the resources of his science, and all the power, which no one seems to have possessed to the same degree with himself, of concealing that science, and making it the vehicle for music as pleasing as it is learned. Nowhere has he achieved more… It is the greatest orchestral work of the world which preceded the French Revolution." Unfortunately for Mozart, who died in 1791, these praises came too late.

Richard Strauss began his composition of Don Quixote on October 10, 1896, and completed the score on December 29, 1897. The premiere took place in Cologne on March 8, 1898, under the baton of Franz Wüllner. The composer, like Purcell and Telemann a century earlier, had been drawn to the work of Miguel de Cervantes. Cervantes, credited with writing the first modern novel, published Don Quixote, Knight of the Rueful Countenance, in Madrid in January of 1605. The novel is the story of a gentleman who considers himself a “knight errant.” He leaves his home, in La Mancha, with the intention of correcting the wrongs of the world through dramatic, fantastic, at times comical, and deeply symbolic episodes. Strauss’ Don Quixote, subtitled by the composer, Fantastic Variations on a Theme of Knightly Character, unfolds as a single movement tone poem, in which these misadventures are presented without separation. The work consists of an introduction, ten variations and an epilogue, vividly suggested by the music. Strauss, a master of composing to literary programs, uses emblematic themes throughout the piece to represent Don Quixote, our deluded hero, Dulcinea, his paramour, and Sancho Panza, his squire. Strauss later recounted that the “basic principle of  [Franz] Liszt's symphonic works, that the poetic idea was the true formative element, became henceforth the guiding principle of my own work,” after abandoning the abstract forms of the sonata and symphony.