The Most Beautiful Christmas Carols 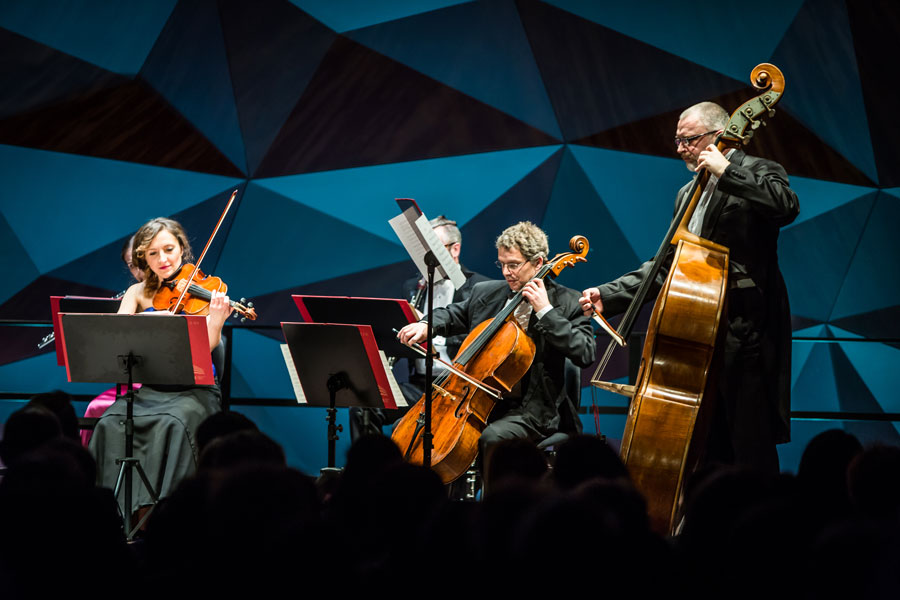 Marcin Danilewski, who serves as a concertmaster of the NFM Wrocław Philharmonic, graduated from the University of Music in Warsaw, having studied under K. Jakowicz and from the Mozarteum University in Salzburg under I. Ozima. He has performed throughout Europe and in Japan. He currently also serves as concertmaster of the Camerata Pontresina Orchestra, in Switzerland.

Małgorzata Podzielny is a graduate of the Music Education Department in conducting under professor Maria Oraczewska-Skorek, as well as the Composition, Conducting, Music Theory and Music Therapy Department of the Karol Lipiński Academy of Music in Wrocław. She completed her Postgraduate studies for Choirmasters in Bydgoszcz and is a grant holder of the Ministry of Culture and National Heritage. Since September 2002, she has been conducting the Con Brio Choir, String Orchestra and chamber ensembles at the Grażyna Bacewicz Primary Music School, in Wrocław. She currently holds the title of Artistic Director of the Vocal Ensemble, Rondo. For four years she has served as the deputy director of the Sacred Music School at the Theology Department of Opole University and as a lecturer of Music Education at the Wrocław Music Academy. Additionally, Podzielny participates at workshops and seminars as a guest lecturer on the issue of voice emission in boys’ chorus.

American composer, Leroy Anderson’s popular works include Bugler’s Holiday, Blue Tango and Sleigh Ride. A Christmas Festival is his orchestral arrangement of nine Christmas carols including Joy to World, Jingle Bells and Silent Night. Anderson is known for his short, light concert pieces. His music was introduced in the United States by Arthur Fiedler, conductor of the Boston Pops Orchestra. Anderson studied composition at Harvard University with Walter Piston, another notable American composer as well as Romanian composer George Enescu.

“Bartók was particularly drawn to Romanian folk traditions because he felt that these had been more isolated from outside influences and, were therefore, more authentic,“ says, Stephen Strugnell. Bartók noted, “I have collected Hungarian, as well as Slovak and Romanian folk music and used them as models.” He and fellow Hungarian composer, Zoltán Kodály, with the intent to provide examples of authentic Hungarian music, transcribed, recorded and classified thousands of folk tunes, rhythms, and harmonies. Their pursuit ultimately led them to Transylvania, now part of Romania, which had been part of Hungary for many years. Thus, the legitimacy of the work Romanian Folk Dances is considered a fundamental source for Hungarian folk style.

Béla Bartók composed The Romanian Dances between 1915-1917, first for piano and later orchestrated. In order, the Dances are:

1. Dance with Sticks: a solo dance for a young man, which includes kicking the ceiling

3. On the Spot: a dance in which the participants basically stamp on one spot.