A Dance for Strings 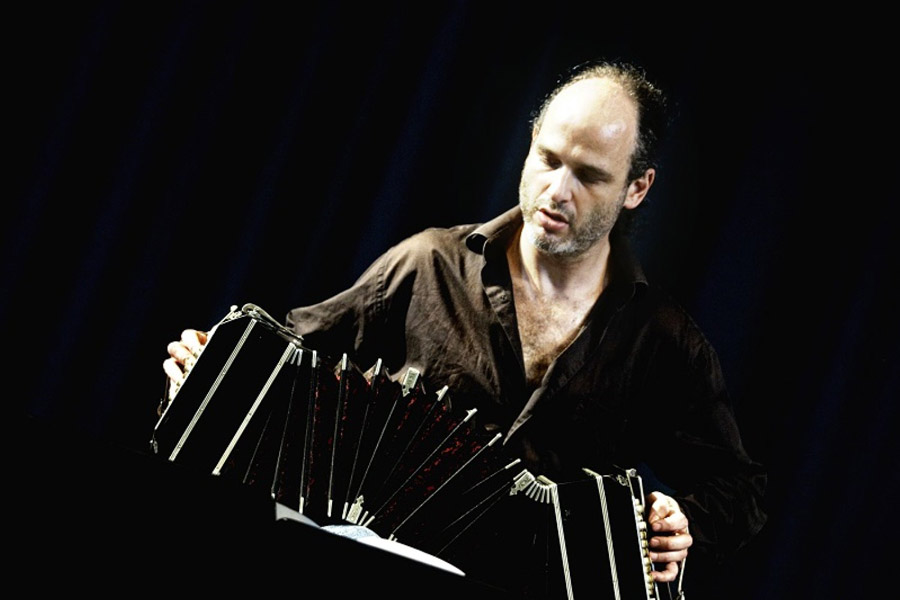 Part of the concert will be devoted to the expressive, recognized throughout the world symbol of Argentina, which is tango. The history of tango, however, did not start happily because of the circumstances of its origins – at first tangos were mainly danced in public houses and pubs of bad reputation. In addition, due to the sensual character of this dance, tango was condemned as immoral entertainment.

Fortunately, the approach to tango changed over time. It should be emphasised that Astor Piazzolla had a big contribution to the dissemination and indeed creation of a new trend called tango nuevo. Thanks to this, Piazzolla has been recognized by a wide audience all over the world. This evening we will hear one of Piazzolla's works: Michelangelo '70, in which the demanding bandoneon part will be presented by the virtuoso of this instrument, Marcelo Nisinman. In his performance, we will also hear an array of other most beautiful Argentinian tangos.

The programme also features other pieces inspired by folk music. One of them will be the Highlander Dance from Harnasie by Karol Szymanowski. This work is saturated with highlander folklore, which was particularly close to the composer. Szymanowski often visited Podhale, the region at the foot of the Tatra mountains, absorbed the local culture and used and developed it in his own works in an innovative way. Béla Bartók was another composer for whom indigenous folk music was key. During the concert, we will hear his captivating and memorable Romanian Folk Dances. An important point in Bartók's life was his contact with Hungarian traditional music. Fascination with the folklore of Hungary and neighbouring countries had a huge influence on the composer's output. A slice of Greek will please the audience this evening too: Nikos Skalkottas’s Five Greek Dances.

Suite No. 3 by Ottorino Respighi was created because of the composer’s fascination with early music. He drew from several anonymous dances from the 16th and 17th centuries, decided to develop and combine them in the form of a suite. Krzysztof Penderecki is also a composer who willingly uses traditional musical forms. This is evident in the Polish Requiem, in which, the chaccona refers to the Baroque tradition. The programme of the concert will also include the waltz, so much liked by the audience – Tchaikovsky’s Waltz Scherzo op. 34.