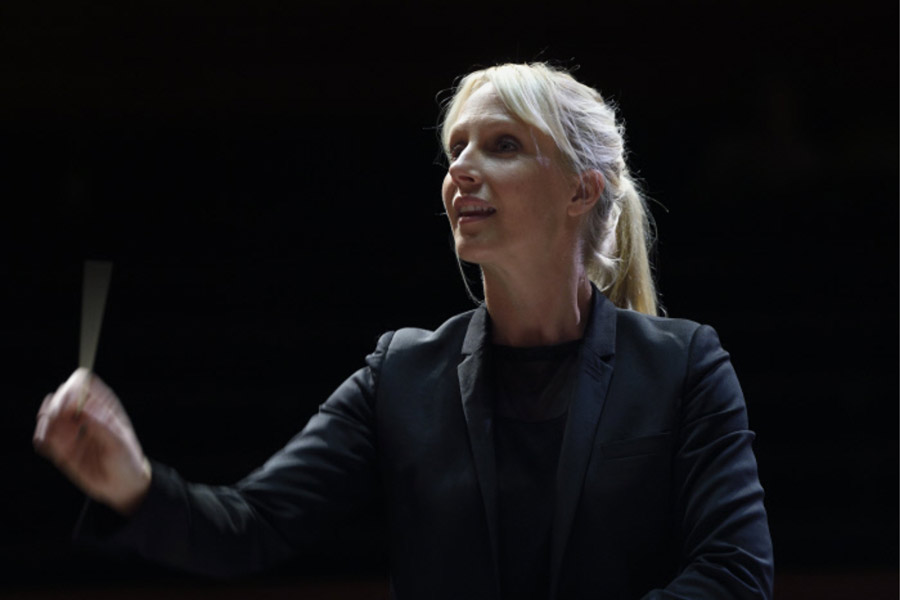 The concert programme consists of works very close to the conductor Sofi Jeannin – she was born in Sweden and grew up there, and her studies and professional career have tied her to France. In addition, her parents came from these two countries (mother from Sweden, father from France), which affected Jeannin's musical experience. The artist, who highly appreciates the rich Swedish vocal traditions, together with the NFM Choir will present selected works by such composers as Anders Hillborg, Hugo Alfvén, Oskar Lindberg, Wilhelm Stenhammar and Bo Hansson.

The programme will also include works by French composers. We will hear Sept chansons and Salve Regina by Francis Poulenc, who in the early 1930s was fascinated by the study of the possibilities of human voice and created many choral works and songs intended for solo voice.

The title of the concert is a reference to the song Hymne au soleil by the French composer Lili Boulanger (sister of the well-known Nadia Boulanger), who also took up composing, as well as teaching, conducting and playing the piano and organ. Lili was exceptionally musically talented. When she was two years old, her perfect pitch was confirmed by examination. Despite health problems and untimely death (she died at the age of only 24), she managed to develop her own individual style of composition. She was the first woman in history to become a laureate of the Prix de Rome – she was honoured for the cantata Faust et Hélène. Boulanger's most significant compositions include the Hymn to the Sun, which features in tonight’s programme. The finale of the concert will be the Madrigal op. 35 and Cantique de Jean Racine op. 1 – works by Gabriel Fauré, one of the best French composers of this time.