From Breslau to Vienna 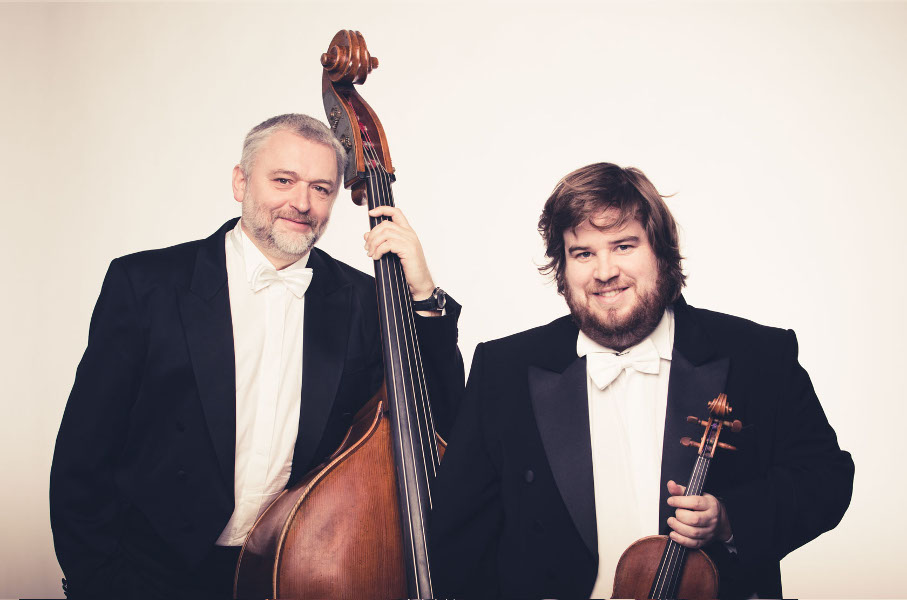 Marcin Danilewski, who also serves as a concertmaster of the NFM Wrocław Philharmonic, graduated from the University of Music in Warsaw, having studied under K. Jakowicz and the Mozarteum University in Salzburg from the studio of I. Ozima. He has performed throughout Europe and in Japan. He currently serves as concertmaster of the Camerata Pontresina Orchestra, in Switzerland. Paweł Maślanka comes to us from the Szczecin Philharmonic.

Vienna, Austria was the capital of the Habsburg Empire for centuries and the Austro-Hungarian Imperial Court prided itself on its patronage of music. Three consecutive emperors, Leopold I, Joseph I, and Karl VI, were gifted musicians in their own right and the court's musical retinue was the largest in Europe as early as 1700. As concerts and dancing became an important social aspect of the Viennese lifestyle, the potential sponsorship of the dynasty and the aristocracy give rise to a profitable environment for musicians and artists. Throughout the city, during the 19th century, the music industry prospered, attracting luthiers and other craftsmen, opening opera houses and necessitating music publishing houses. Thus following the Baroque and Romantic periods of music history, the city of Vienna became the most influential site to the development of music composition. It was in Vienna that the Classical period took shape, largely indebted to a community of composers who were well acquainted and worked out of the Austrian capital. Collectively, historians call these composers the First Vienna School or the Viennese Classic period. The core of the First Viennese School consisted of the composers Joseph Haydn, Wolfgang Amadeus Mozart and Ludwig van Beethoven. As arts patronage gradually moved away from the dynasty to the aristocracy, who had maintained a court orchestra and a court composer, to employing fewer permanent musicians and sponsoring periodic musical events, the Habsburgs lost their interest in music and replaced it with horse racing. However, among the masses of Viennese citizens music continued to be an ardent interest and it became heavily institutionalised leading to the establishment of performance organisations including the Gesellschaft der Musikfreunde, the popularity of operettas by Strauss and Lehár, and the progressive agenda represented by Mahler and Schoenberg. Between 1910 and 1930 this new found audience lead, Arnold Schoenberg, Alban Berg and Anton Webern to adopt their revolutionary 12-tone method of composition. Their trio became known as the Second Viennese School and are widely considered to be the natural heirs of Haydn, Mozart and Beethoven. Additionally, the Second School synthesised the work of the later 19th-century Austro-German tradition which has continued into modern Viennese culture.