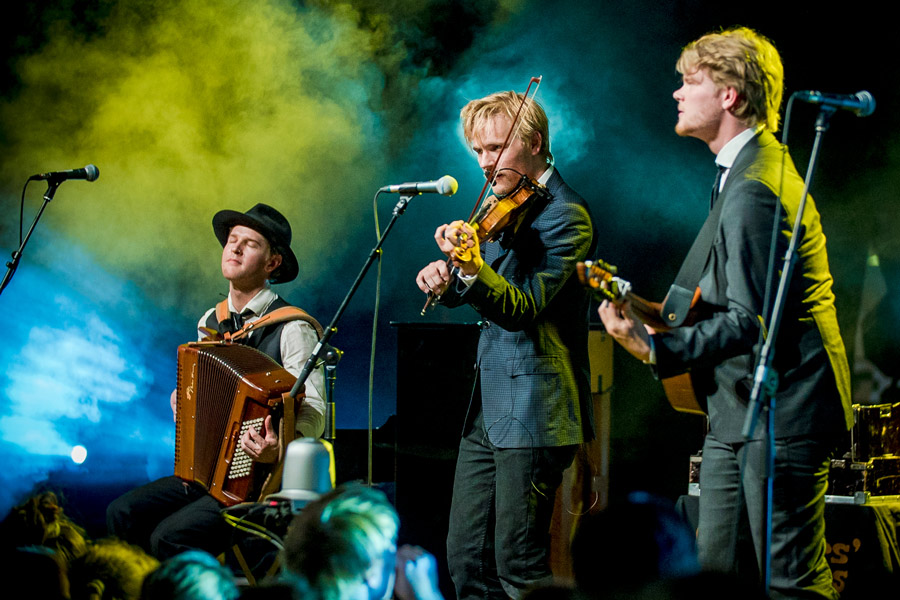 Works of classical music in a traditional form and in a modern version – that is how this concert can be characterised in a few words. On the platform of the National Forum of Music, there will be musicians from the well-known and popular NFM Orchestra Leopoldinum, as well as exceptional guests from Scandinavia - the Dreamers' Circus.

Can classical music be combined with folk? Of course! The Dreamers' Circus will be happy to present their interpretations of well-known compositions. The artists approach the music unconventionally, as evidenced by the three albums they have released: A Little Symphony, Second Movement and Rooftop Sessions. The ensemble's repertoire includes their own folk compositions, as well as works of Bach and Mozart in folk arrangements. The power of positive energy, a combination of "hits" of classical music and thrilling, unique folk sounds–that's what the music lovers are in for during the performance by the Dreamers' Circus.

The evening will open and close with Wolfgang Amadeus Mozart's violin concertos. In 1775, he wrote 5 compositions of this type – the composer needed only a few months to create great violin concerts (he did not quit working on other works then). Mozart could easily compose works in other genres: symphonies, sonatas, quartets, masses or operas. Based on historical sources, it is presumed that Mozart was able to compose a work in less time than a copyist was able to rewrite his manuscript. This evening, we will hear Violin Concerto no.1 in B flat major KV 207, completed in April 1775. For Mozart, writing violin concerts was something new at that time. He drew on the achievements of his predecessors – he thoroughly analysed the formal features of Antonio Vivaldi's violin concertos. Travels around Europe also made themselves felt in his works. Comparing the 1st Concerto in B flat major with the 5th Violin Concerto in A major KV 219, we can see how Mozart developed as a composer for several months.

The "Turkish" concerto turns out to be very demanding for the soloist in terms of technique, and at the same time it is not overwhelming –there is a lot of lightness to it, which gives an incredible pleasure while listening. The composer perfectly balanced the parts of the violin and orchestra. The finale of the concerto contains a musical quote alla turca, which is well known to music lovers from the ballet composed by Mozart for the opera Lucio Silla. Hence the nickname of the 5th Violin Concerto in A major.