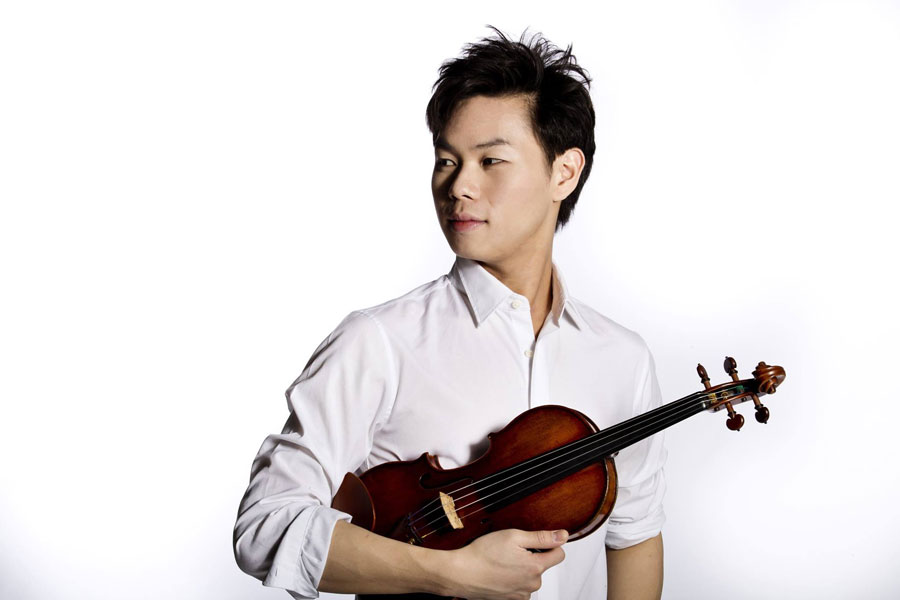 This evening, the National Forum of Music will host an exceptional soloist – a young and talented violinist Timothy Chooi. In 2018, he won the prestigious Internationaler Joseph Joachim Violinwettbewerb, which takes place every year in Hannover.

At the NFM Red Hall, Timothy Chooi will perform Violin Concerto No. 5 in A major KV 219 by Wolfgang Amadeus Mozart. This event is a must, as the solo part in the concerto is extremely demanding. The winner of Internationaler Joseph Joachim Violinwettbewerb will surely present to music lovers the highest level of violin virtuosity. Despite his young age, Timothy Chooi is the winner of many significant music competitions. The talented Canadian won the OSM Standard Life Competition in 2010 – he was only sixteen at the time. Timothy Chooi delighted the audience to such an extent that even music critics have called his performance a miracle of violin playing!

The evening will open with the Brandenburg Concerto in G major, BWV 1048, by Johann Sebastian Bach. This wonderful work was created in a very prosperous period in the composer's life (both professionally and privately), which undoubtedly influenced the final shape of the work. The Brandenburg Concertos are among the greatest instrumental compositions created during the late Baroque period. These pieces are a great example of using the concertante technique (i.e. dialogue between two or more groups of instruments that give the impression of competing). Brandenburg Concerto No. 3 in G major, BWV 1048, stands out against the background of other concertos with an exceptionally homogeneous sound, thanks to its carefully thought through line-up. The work is intended for three violins, three violas, three cellos and a basso continuo. Due to the compositional craftsmanship and unusually beautiful melodic lines, the Brandenburg Concerts are gems among Baroque compositions.

In the second part of the concert, the NFM Leopoldinum Orchestra will present the First Sextet in B flat major op. 18 by Johannes Brahms. It is one of Brahms’s string sextets written. The work was created in 1860, when Brahms was at the beginning of his career and his style was fledging. In his early compositions, one can hear a fascination with such great artists as Wolfgang Amadeus Mozart, Joseph Haydn, Ludwig van Beethoven and Franz Schubert.