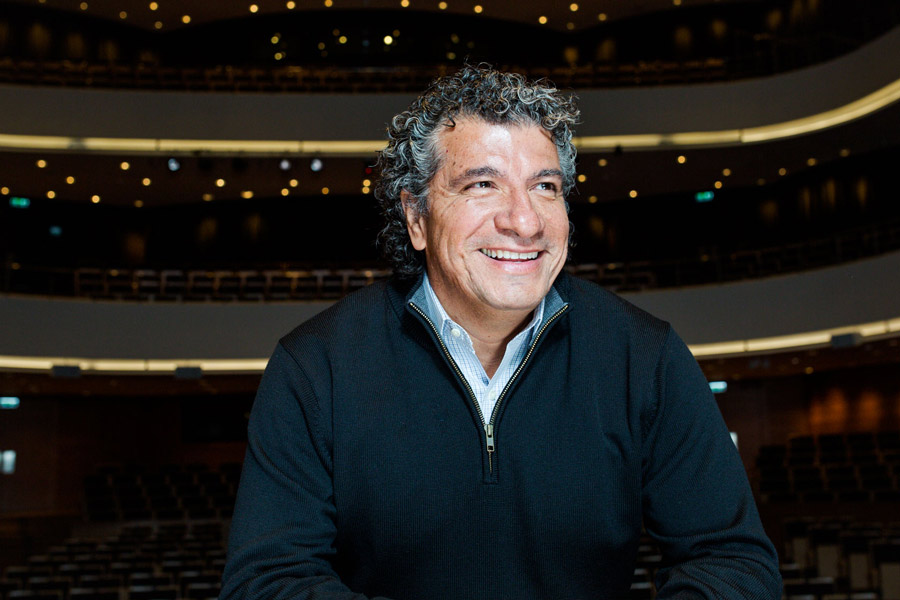 Giancarlo Guerrero, a native of Costa Rica, is a five-time Grammy award-winning Music Director of the Nashville Symphony Orchestra, a post he has held since 2009 and recently committed to through the 2024-25 season. Guerrero previously held posts as the Principal Guest Conductor of The Cleveland Orchestra Miami Residency from 2011 to 2016, Music Director of the Eugene Symphony between 2002 and 2009, and Associate Conductor of the Minnesota Orchestra from 1999 to 2004. The Narodowe Forum Muzyki is extremely pleased with the appointment of Giancarlo Guerrero to the position of Artistic Director of the Wroclaw Philharmonic taking effect for the 2018-2019 season! Maestro Guerrero will spend eight weeks per season with the orchestra in addition to touring and recording activities.

Peter Tchaikovsky began composing his Serenade for Strings in C major on September 21, 1880, thinking that it would be a symphony or a string quartet. Later, he thought, perhaps it was a suite for string orchestra, before arriving on creating a serenade. The resulting four movements suggest something "between a symphony and a string quartet," he observed. Written at the same time as the 1812 Overture, which Tchaikovsky is said to have found “loud and noisy” and “lacking any warm feelings of love,” it’s understandable that he happily channelled his sketches for the Serenade in a less formal direction.

The piece was played informally at the Moscow Conservatory that December, with Nikolai Rubinstein conducting, to the composer’s great pleasure.  However, the first public performance did not take place until October 1881, in St. Petersburg under Eduard Nápravník. It was such a great success, that the waltz movement had to be repeated and when Rubinstein conducted it again that June, he declared it Tchaikovsky’s best piece.