Fantasy on a Theme, Seven Winds and Brahms 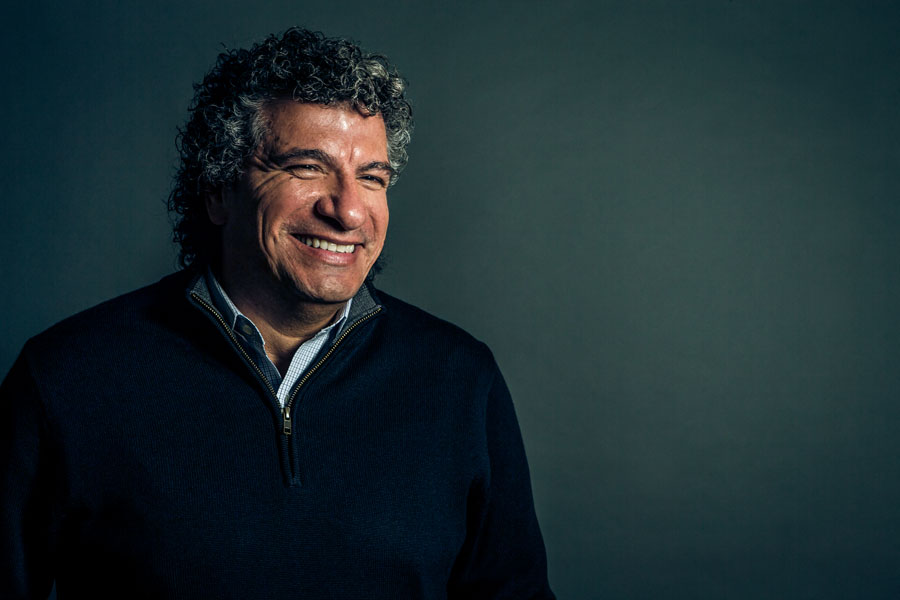 Giancarlo Guerrero, a native of Costa Rica, is a five-time Grammy award winning Music Director of the Nashville Symphony Orchestra, a post he has held since 2009 and recently committed to through the 2024-25 season. Guerrero previously held posts as the Principal Guest Conductor of The Cleveland Orchestra Miami Residency from 2011 to 2016, Music Director of the Eugene Symphony between 2002 and 2009, and Associate Conductor of the Minnesota Orchestra from 1999 to 2004. The Narodowe Forum Muzyki is extremely pleased with the appointment of Giancarlo Guerrero to the position of Artistic Director of the Wroclaw Philharmonic taking effect for the 2018-2019 season! Maestro Guerrero will spend eight weeks per season with the orchestra in addition to touring and recording activities.

Vaughan Williams composed Fantasia on a Theme by Thomas Tallis for two string orchestras and string quartet on the occasion of the Three Choirs Festival at the cathedral of Gloucester and he conducted the premiere on the evening of September 6, 1910. Williams had spent years collecting folk songs from all parts of England and had undertaken the revision of the hymnal of the Anglican Church, making it, "a thesaurus of all the finest hymn tunes in the world." During the course of his task he discovered a group of nine melodies composed for The English Psalter in 1567 by Thomas Tallis. In his Fantasia on a Theme by Thomas Tallis Williams seamlessly combines Tallis’s tunes with themes of his own based on motivic fragments from the original melody. The piece is constructed using three ensembles of different sizes producing a sense of antiphonal dialogue, contrasting high strings with low, and solo passages from the quartet, in order to create a sense of monastic chant. Though it is one of the composer’s earliest works, it remains his most popular.

Frank Martin was Switzerland’s most important 20th-century composer. Composing from the age of eight, he began his formal training under Joseph Lauber. Martin explored his style in the 1920s and 1930s with everything from the French music of Debussy and Ravel,  to the music of India and the Balkans, Stravinsky’s neoclassical style, and even the 12-tone technique developed by Schoenberg. Later in his career, these efforts seemed to settle on a personal style that used colourful harmonies in unorthodox ways. One of his biographers described it as, “gliding tonality.”

Martin wrote Concerto for Seven Wind Instruments, Percussion, and String Orchestra in 1949 for the Bern Musikgesellschaft. It was premiered in Berne, on October 25 of that year, under the German conductor Luc Balmer. The piece is an example of his mature style as well as a representation of the composer’s fascination with unusual instrumental combinations. In contrast to its neoclassical arrangement, its use of a group of soloists in alternation with the full ensemble also displays veneration for the Baroque concerto grosso. The conductor Ernest Ansermet remarked that, in addition, the second movement evoked a Bach aria.

The Concerto has been established as one of Martin's most enduring works, having been recorded by some of the worlds most renowned ensembles, The Chicago Symphony Orchestra, The London Philharmonic, and The Royal Concertgebouw Orchestra, among them.

Johannes Brahms composed his Fourth Symphony in the resort town of Mürzzuschlag, southwest of Vienna, over the summers of 1884 and 1885. The Symphony was premiered on October 25, 1885, with Brahms conducting at Meiningen. During his lifetime, Brahms had been regarded mostly as a conservative writer whose work reflected the styles of the past. The Wagnerians believed that he was creating beautiful melodies, but contributing nothing original to the musical canon.

Brahms had long wanted to write a work in which form and function are balanced using techniques to open new paths of expression. The resulting Fourth Symphony is thus a summation of Brahms’ learning and technique in which his inventiveness combined the former styles with his own creative impulses. Brahms scholar, Walter Frisch, wrote:

the fact remains that the Fourth is not a work that unlocks its secrets easily; it is not a work, like the Second, whose sensuous beauty beckons listeners inside. In his last symphony, Brahms seems to be writing precisely for the kind of cultivated, musically literate listener whose disappearance at the end of the nineteenth century he sorely regretted.

When Brahms introduced the work, in a two-piano arrangement to his close friends in Vienna, he was certainly aware of the problems such a subtle multilayered composition posed. The critic, Eduard Hanslick, who was in attendance, reportedly broke an awkward silence, after the opening movement, with a joke to ease the tension, "For the whole movement I had the feeling that I was being given a beating by two incredibly intelligent people!" he said. Likewise, after his first rehearsal, Hans von Bülow wrote, “No. 4 gigantic, altogether a law unto itself, quite new, steely individuality. Exudes unparalleled energy from first note to last.” In an essay entitled Brahms the Progressive, from 1947, Arnold Schoenberg ultimately defined Johannes Brahms as one of few composers whose music emerges from a simultaneous and indivisible combination of inspiration and intellectual skill.