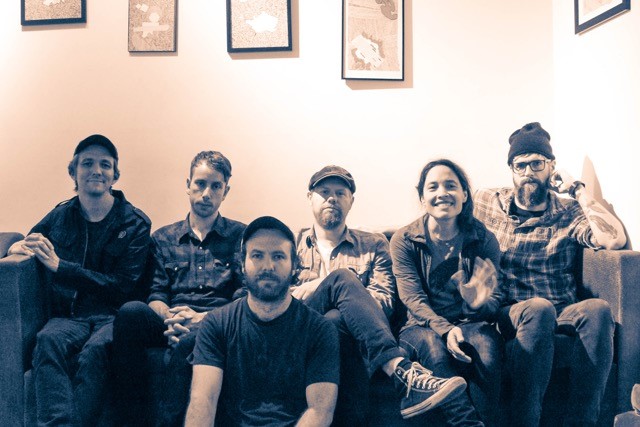 Sick Boss is a group founded by Cole Schmidt - guitarist, composer and one of the most interesting improvisers of the Vancouver music community, who is equally inspired by Jimi Hendrix as folk music. The core of the seven-person collective, composed of esteemed and hard-working Canadian instrumentalists, are - apart from Cole Schmidt - bassist James Meger and drummer Dan Gaucher. The band is associated with the independent label Drip Audio, which since 2005 has consistently presented music exceeding stylistic divisions in its catalogue. The band's debut album, entitled simply Sick Boss, was released in May 2017. The material was recorded almost two years earlier in Warehouse Studio. Recorded soundtracks (their total duration is nearly fifty hours) for the next year were subjected to experiments during the analogue and digital editing. The fruit of this arduous process is an album difficult to stylistically pigeonhole, which was one of the artistic assumptions of the musicians and the record label.

The debut album on the one hand features rock, sometimes psychedelic expression with the use of electronics and extensive instrumentation, and on the other is a sophisticated, dense production, combining beautiful melodies, repetitive riffs and creative improvisation. The rich and diverse repertoire with which the Sick Boss team comes to the Wrocław festival was appreciated in the Canadian media - it hit the list of the ten best albums of the past year, together with albums of such artists as Tim Berne, Craig Taborn and Ralph Towner.