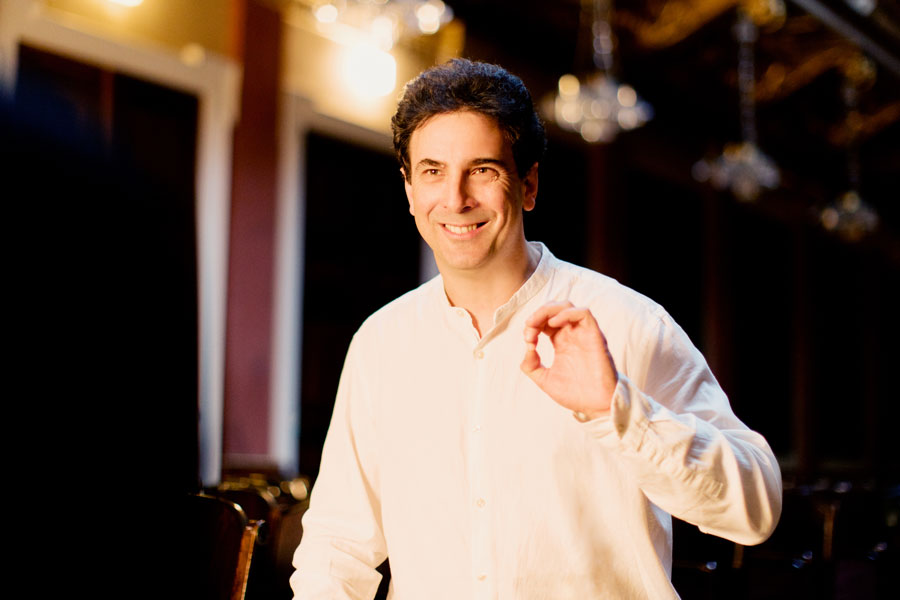 The final concert of the Latin America Academy will feature works by composers born or working in the New World. They will be performed by ensembles of the National Forum of Music under the baton of Rubén Dubrovsky, conductor and passionate music researcher fascinated by the Latin American culture.

At the beginning, we will hear the classical Sinfonía 40 by Pedro Ximénez de Abrilla Tirada, reminiscent of the style of Haydn or Mozart symphonies. Ximénez was named the ‘Bolivian Mozart’ by the famous researcher of Latin American Music, Fr Piotr Nawrot, who will give a lecture before this concert at the NFM. This incredibly prolific composer left forty symphonies, mass settings, chamber works and pieces for guitar. He was born in 1784 in Arequipa, a city at 2325 m above sea level, surrounded by the Andes. He succeeded artistically in Sucre (today the constitutional capital of Bolivia), where he became the cathedral kapellmeister.

Gaspar Fernandes was probably born in Portugal but gained a reputation in Mexico serving as kapellmeister of the Puebla cathedral. His manuscript, containing mainly canzonettas and villancicos, is the biggest collection of seventeenth-century secular music preserved in the New World. He was the first composer in this part of the world (known today) of secular music set to a Latin text. During this concert, however, we will listen to his sacred music.

A native of Mexico, Manuel de Sumaya, a contemporary of Bach and Handel, is the first American-born composer of an opera. During the final concert of the Latin America Academy, we will hear his religious works. He created a lot of them as cathedral kapellmeister in Mexico and later in Oaxaca. From his childhood he was associated as a chorister with The Assumption of the Blessed Virgin Mary Cathedral. He lost his father as a young boy. He decided to become a monk and learn to play the organ, probably to help his mother and siblings financially. Sumaya’s motivation may have been guessed by the dean of the cathedral – it is known that he believed that de Sumaya's talent would be more useful outside the monastery. He offered him a salary, daily lessons in organ playing and work as musician in the cathedral. De Sumaya accepted this proposal and thus his career gained momentum. He created both bold and novelty-friendly Baroque instrumental music as well as writing polychoral compositions in the style of mature Baroque, but he also efficiently used the Renaissance stylistics. His impressive works will be a great ending of a festival dedicated to the fascinating early music from Latin America.