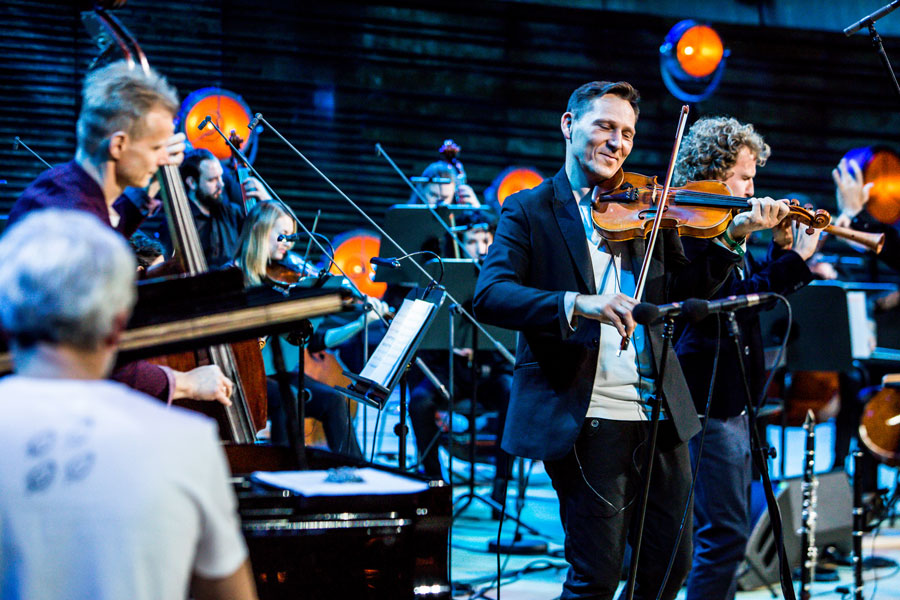 LAUTARI has long been dedicated to restoring the splendor of Polish folk music: from playing in crudo, to accompanying dancing as our rural predecessors did, to participation in avant-garde music projects. They have performed at barn dances, in jazz clubs and in large concert halls in Poland and abroad. Firmly believing musical notation to be a totally inadequate means of recording folk music, they have made a point of learning their repertoire directly from village musicians. During this music adventure, they have often turned to the work of the late 19th century Polish ethnographer, Oskar Kolberg – and not only to the mere tunes he collected but also the wide cultural context of folk music that he depicts – to fill their contemporary interpretations with the emotions and imagination of earlier times.

vol. 67
The name of this program, “Vol.67”, refers to a vast ethnographic miscellany by Oskar Kolberg, “The Folk: its Customs, Life, Speech.  Tales, Proverbs, Rituals, Superstitions, Games, Songs, Music and Dances.” Today, just as in Kolberg’s time, it is important to inquire  into the role of folk music in Polish national culture, and to find ways in which it can function in the wider context like European  ballrooms in the past, and the international world music market  today. Volume 67 of Kolberg’s work contains sheet music of folk  tunes in piano arrangements. This is why it was referred to by Lautari – a band preoccupied with traditional Polish folk music, but at the same time employing more modern music styles and  identified with the contemporary music scene. The project includes traditional music motives recorded in Kolberg’s  Volume 23 “Kalisz Region”, as well as music pieces recorded in other  archives or collected in our own fieldwork. All pieces belong to the  music heritage of the region of Kalisz and Sieradz. We approach  Kolberg’s work with criticism, checking it against and confronting with contemporary methods of playing and recording folk music.  Our main purpose is to allow traditional folk music to retain all its basic  qualities: usefulness, a ritual and magical character, and at the same time,  to turn it into our individual, contemporary artistic expression.