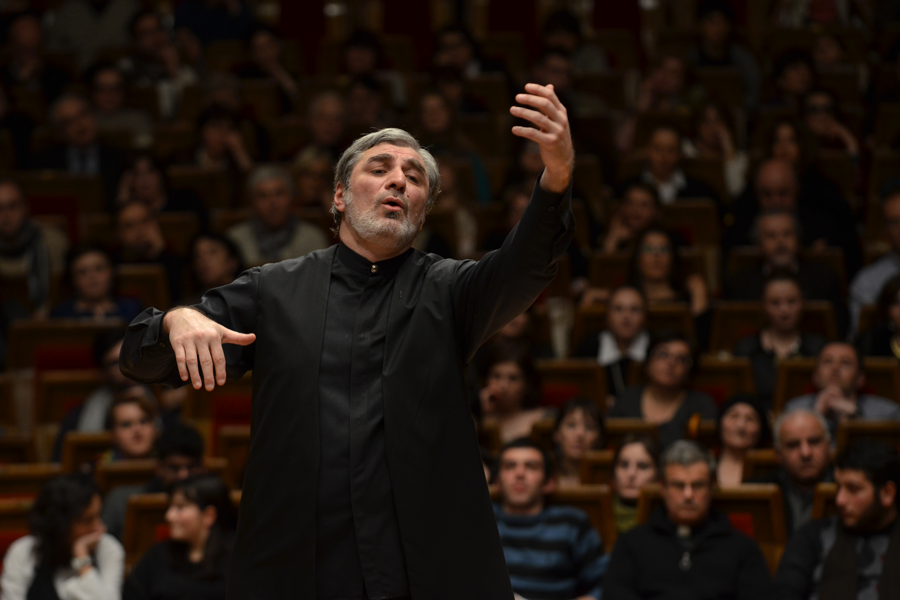 At the end of May, Georgian artists will perform at the National Forum of Music. The Tbilisi Symphony Orchestra will be directed by Vakhtang Kakhidze - a composer and conductor, associated with the orchestra for over 25 years. The young and promising violinist Anna Tchania will appear in Wieniawski’s concerto.

‘He went further than Rimsky-Korsakoff. Come immediately,’ is how Maurice Ravel summarised the premiere of The Firebird in a letter to a friend. The extraordinary work presented to a Paris audience by the Russian Ballets of Diaghilev in 1910 turned out to be a symbol of career start for Stravinsky. From day to day he became a star – just after the premiere he met the entire artistic crème de la creme of Paris, with Proust at the forefront. The Firebird was an unusual work for the contemporary listener; filled with not only Russian folklore and fairy-tales, but also a bold compositional language. After all, the less than thirty-year-old student of Nicolai Rimsky-Korsakoff certainly did not lack creative temperament. Henryk Wieniawski – a virtuoso who was soon to be named the ‘Polish Paganini’ – wrote his Violin Concerto no. 2 in D minor op. 22 in 1870 – twelve years before Stravinsky's birth. This work quickly became the most popular piece by Wieniawski. The brillant-style composition combines two main features of the Polish violinist's work: phenomenal virtuosity and lyrical fullness. Wieniawski went down in history as a true ‘poet of the violin’.

The finale of the concert will be a piece by Vakhtang Kakhidze himself - the Amazons ballet suite was created in 1998. This composition led the artist to a debut as a conductor at the Opera and Ballet Theatre in Tbilisi. Full of unquestionable charm, in its stylistics the suite refers to the music of late Romanticism. Lyrical in character, showing the richness of symphony orchestra, it will surely appeal to many music lovers.