The Seven Gates of Jerusalem | cancelled

K. Penderecki Symphony No. 7  'The Seven Gates of Jerusalem' for 5 soloists, narrator, 3 mixed choirs and orchestra 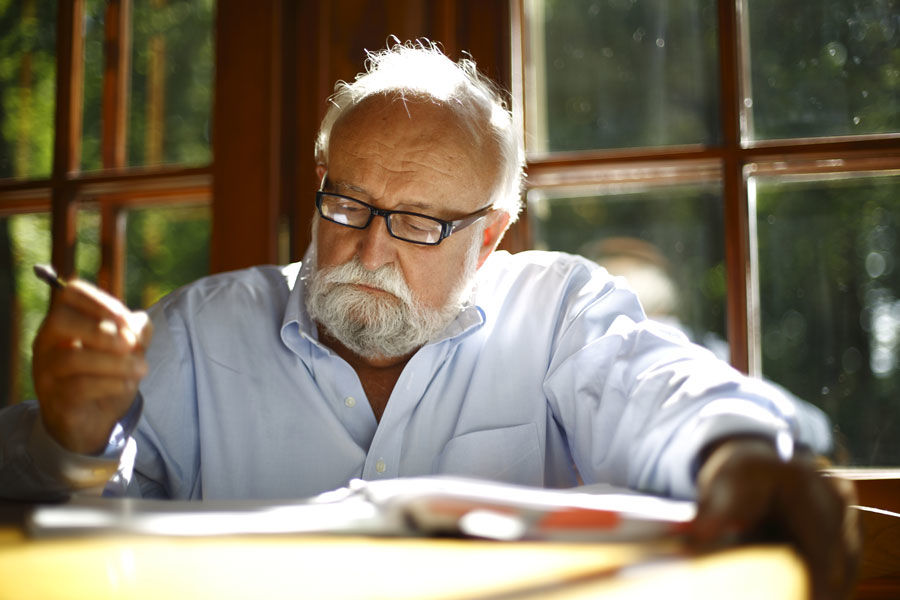 Despite its monumental character, a mighty vocal-instrumental line-up, serious challenges for five singers, and logistical problems related to the orchestra's placement on the stage and beyond, Symphony No. 7 "Seven Gates of Jerusalem" by Krzysztof Penderecki remains one of the composer's most frequently performed works.

The powerful symphony was created to celebrate three thousand years of Jerusalem. It was first performed in this city in January 1997 under the baton of the outstanding American conductor Lorin Maazel. The importance of the number seven translates into many aspects of this work: it consists of seven parts, many fragments are kept in 7/4 metre, the main theme of passacaglia in the 2nd and 4th movements begins with the main sound being repeated seven times, and the whole work is crowned with as many repetitions of an E major chord. In addition to the full-scale episodes intended for the entire composition, we also find in this work a part that is performed only by an a cappella choir, it is a setting of the De Profundis psalm. Specially for the symphony, Penderecki constructed a new instrument, a tubaphone. It consists of PVC pipes of various lengths and thicknesses, on which you play with pallets made of ping-pong rackets with glued foam. The sounds of this instrument give dynamism to the fifth movement of the work, Lauda, Jerusalem, Dominum. The sixth part is eerie in its expression, in which the narrator recites excerpts from the Book of Ezekiel in Hebrew. It is accompanied by various orchestral special effects, as well as the sound of a bass trumpet coming from above, symbolizing the voice of God. The seventh movement is a triumphant apotheosis, with fragments of psalms and Old Testament books of the prophets are recited.

Krzysztof Penderecki has been a conductor regularly since the 1970s, conducting both his own works and the works of other composers. The performance of the "Seven Gates of Jerusalem" under his direction is undoubtedly one of the biggest attractions of the current season at the NFM.