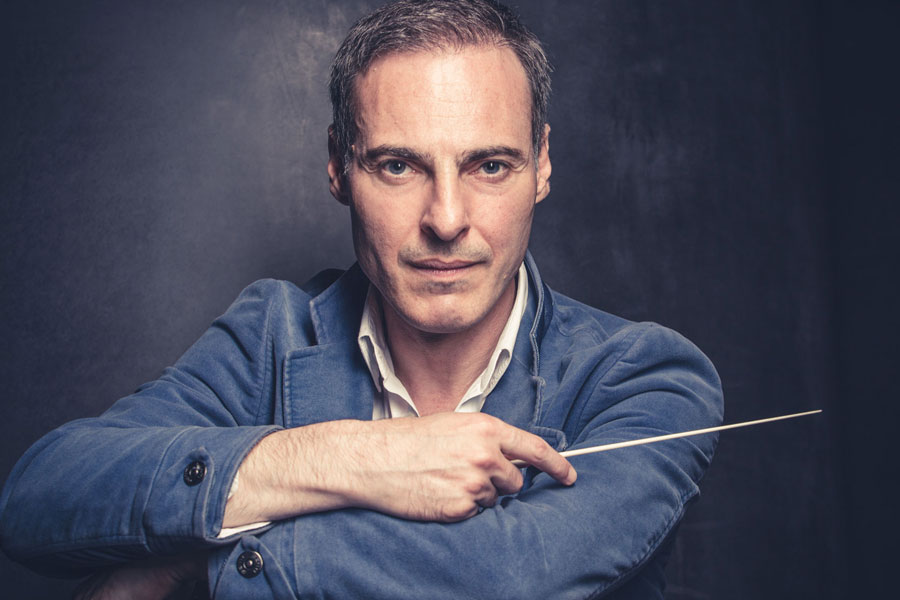 The biggest attraction of this concert will no doubt be the premiere of a new composition by Mikołaj Górecki, written specially for the National Forum of Music and the Polish Baltic Philharmonic in Gdańsk. Five cellists: Tomasz Strahl and the Polish Cello Quartet will perform this composition.

During the evening, in addition to Górecki's work, there will be three pieces in which dance rhythms appear. Contredanse was a group ballroom dance and came from England but gained great popularity in France at the end of the 18th century and was eagerly danced by representatives of all social classes. The Five Contredanses KV 609 by Wolfgang Amadeus Mozart from 1787 is on the margins of his achievements, but the Salzburg genius did not abstain from writing utilitarian music, highly popular at his time. The first of these dances was based on the melody of Non più andrai from Le nozze di Figaro. If you believe the accounts of his contemporaries, Mozart himself danced often and willingly so.

In the first half of the 20th century, the organ oeuvre of Johann Sebastian Bach was not as widely known as it is today. So many composers and conductors arranged his works for orchestra in order to popularize them. Italy’s Ottorino Respighi was one of them, particularly eager to look for inspiration in the music of past eras. His compilation of the three chorale preludes of the Leipzig cantor dates from 1930. The versions of Nun komm, der Heiden Heiland, Meine Seele erhebt den Herren and Wachet auf, ruft uns die Stimme, orchestrated by him, are characterized by a warm, soft and dense sound associated with the romantic tradition.

In his opera Der Rosenkavalier, Richard Strauss looked into the past, but not too distant. He was inspired by the music and atmosphere of Vienna at the turn of the 19th and 20th centuries, above all the waltzes and other dances written by composers from the Strauss family (by the way not related to him). The artist referred to this style in a creative way, maintained his individual way of writing, while accurately reflecting the mood of that inspirational time.