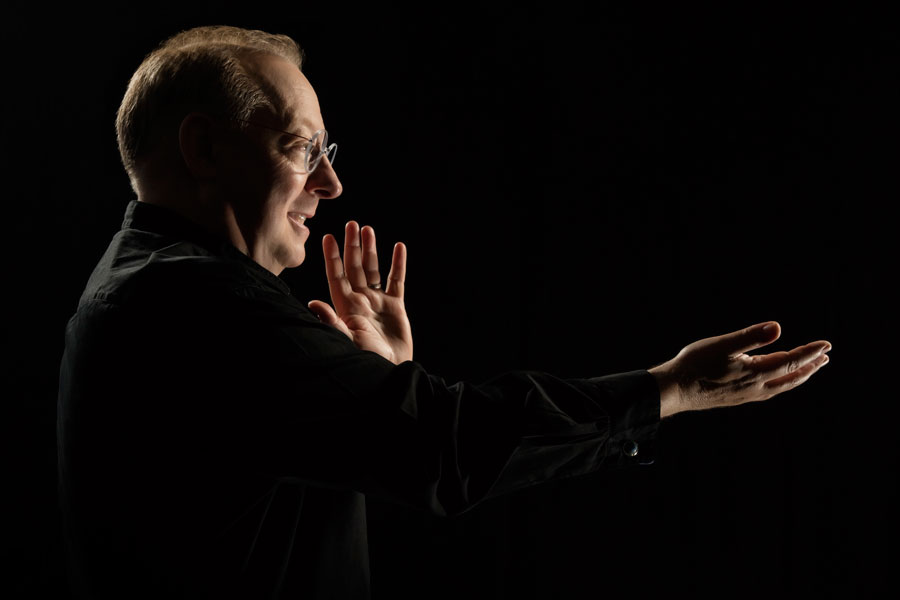 The highlight of the programme of this concert will be Symphony in G minor KV 550 by Wolfgang Amadeus Mozart, a work widely known, popular and rightly considered to be one of the artist's greatest achievements.

The first part of the concert will be filled with works by Luigi Cherubini and Johann Nepomuk Hummel. Their compositions are now much less popular than the works of Mozart, but in their time they were prominent figures in musical life, and their legacy deserves to be remembered.

Cherubini served as director of the Paris Conservatoire for many years, he was also the author of a treatise on counterpoint. Although many of his compositions were valued by his contemporaries, the opera Anacréon suffered a miserable defeat at its premiere in Paris in 1803. It was removed from the repertoire after seven performances, and returned to opera houses only in the 1970s. Only the overture to this work has enjoyed popularity. It has been the repertoire of many outstanding conductors, including such virtuosos of batons as Arturo Toscanini or Herbert von Karajan.

Hummel, born in Bratislava, was one of the most respected pianists of his time, so it's no wonder that a lion's share of his oeuvre was created with this instrument in mind. However, the artist also wrote virtuoso works for other instruments, and among these types of compositions are concertos for mandolin, trumpet and bassoon. The Bassoon Concerto, which features in the programme, has a classical, three-movement structure. Hummel ingeniously drew from the solo instrument its sound possibilities and gave his work a cheerful, light character.

Mozart wrote only two symphonies in a minor key, and both are in G minor. The first of these is sometimes unofficially called the “Little Symphony in G minor”, it was created when the artist was only 17 years old. "The Great Symphony in G minor” that we will hear during this concert, was written in 1788, when Mozart was 32. The minor key used by the composer gave the work a dark and dramatic character.