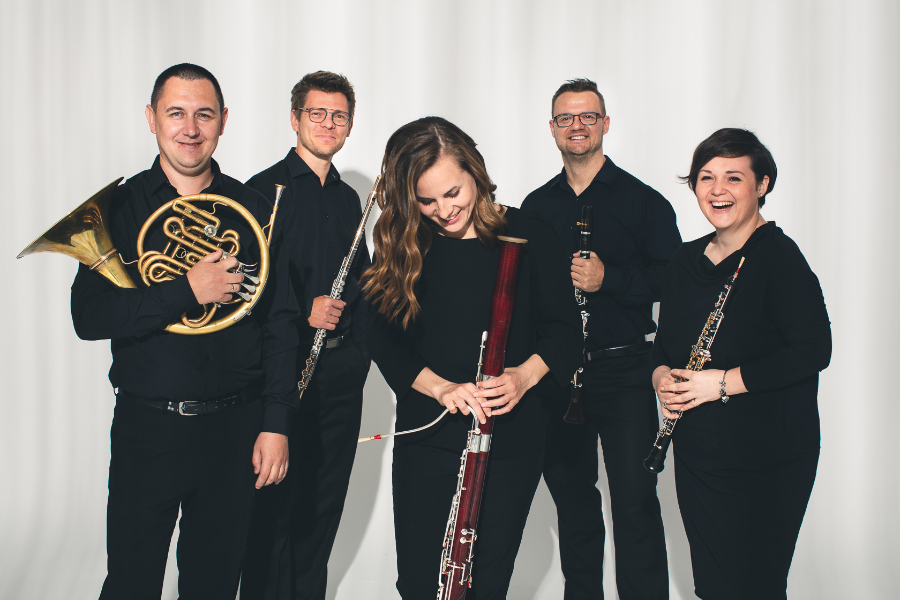 LutosAir Quintet is one of the most active wind ensembles performing contemporary music. It was created in 2013, on the hundredth anniversary of Witold Lutosławski’s birth.

The Thursday concert will begin with the performance of Six Bagatelles for flute, oboe, clarinet, bassoon and French horn by the Hungarian composer György Ligeti, who went down in history as a great avant-garde artist. The Bagatelles are his early work, written in 1953, before leaving his homeland, and the musical language used in it is easier on the ear than his later compositions. They are arrangements of another of his compositions, the Musica ricercata for piano. The title of the fifth one, Béla Bartók in memoriam, points to an important source of inspiration for Ligeti during this period. Despite the fact that these miniatures are graceful and accessible, the Soviet censorship decided that the last Bagatelle was too radical and did not allow it to be performed during the premiere of the work in 1956.

Other works in the programme were written by contemporary Polish composers. The Wrocław audience will also have an opportunity to listen to the world premieres of the Brass Sextet of the Wrocław composer Ewa Podgórska, Dr JanKeys by the violist and composer Dawid Pajdzik and the Concert Suite for bass clarinet and wind quintet by Nikola Kołodziejczyk.