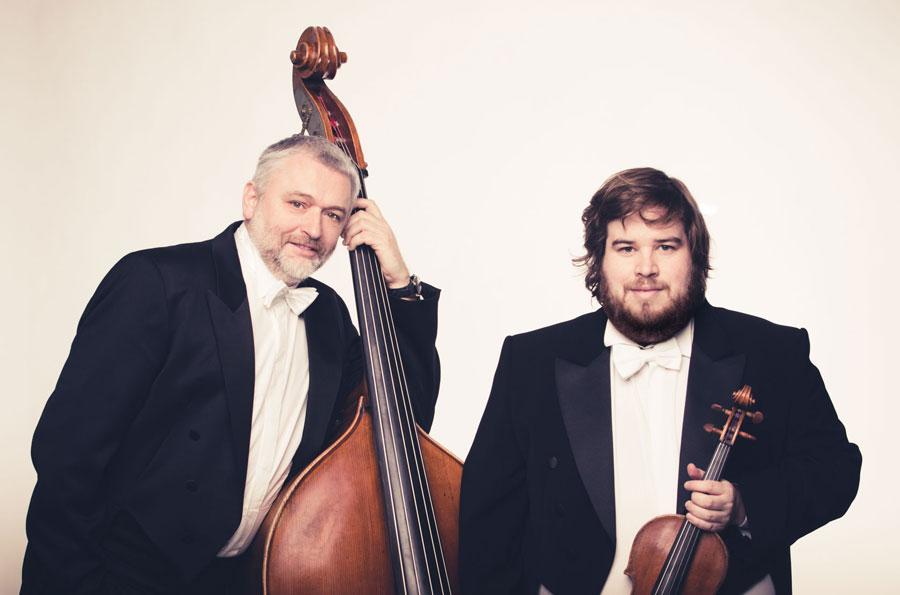 The programme of the West Side Sinfonietta concert includes popular compositions by very well-known composers as well as works written by less recognised artists.

The Accelerationen op. 234, one of Johann Strauss II’s most popular waltzes, was composed in 1860 to the commission of engineering students, who wanted to add some splendour to a ball taking place in Sophienbad-Saal. The compositions of Robert Vollstedt, who was active as a clarinettist at the Hamburg Opera for most of his professional life, are maintained in a similar style. The short and virtuoso Die Zauber-Clarinette is meant for this instrument. Among the best-known works of this type is the ceremonial and melodious Polonaise de Concert in D major No. 1, Op. 4. The fact that the composer was an outstanding violin virtuoso will be recalled by selected works from his collection of Etudes-Caprices Op. 18. The work of Stanisław Moniuszko is based on Polish themes. During the concert we will listen to the most popular fragments of two operas – Halka and The Countess (Hrabina), as well as the arrangement of the aria This old clock (Ten zegar stary) from The Haunted Manor in a  unusual and therefore interesting version for double bass and orchestra. The colourful and temperamental Josef Rixner’s Spanish March is a reference to Iberian Peninsula culture.

David Popper’s Tarantella, originally intended for the piano and cello, is a lively and imaginative stylization of a dynamic Italian folk dance from the Naples region. According to the beliefs of local people, its performance was to heal tarantula bites, hence the name of the dance. The Salut d’amour by Edward Elgar is a composition written for violin and piano. The English artist completed this work in July 1888 and dedicated it to his fiancée, Caroline Alice Roberts. The gentle and lyrical character of the work made it quickly become very popular. The French artist Henri Büsser was remembered much better as a conductor and manager of cultural institutions than as a composer. His light, graceful and melodious Scherzetto is the fourth movement of the Little Suite Op. 12. The concert will be crowned by the performance of Niccolo Paganini’s last, most famous of the caprices, which this time will sound in a version for two violins and orchestra.