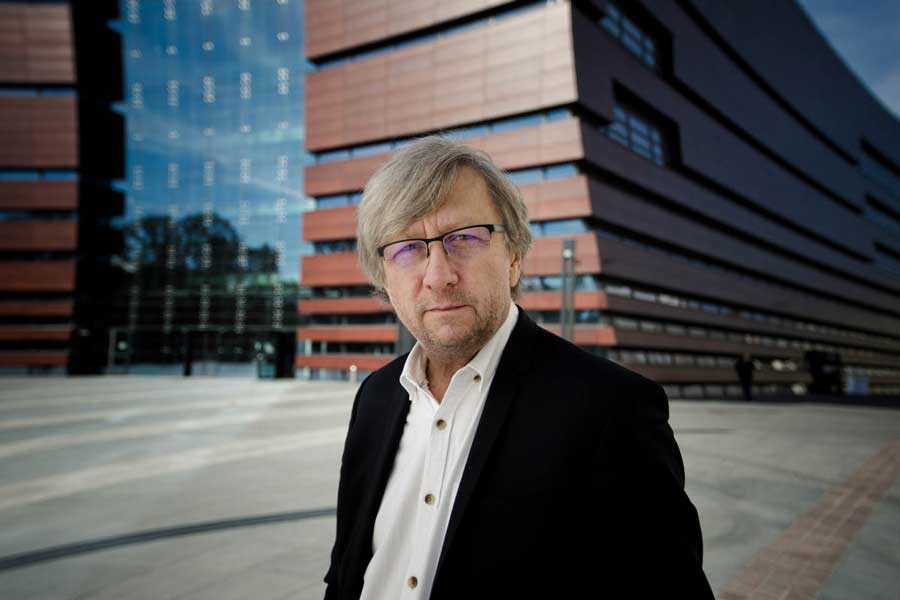 During the 1 April concert at the National Forum of Music, Andrzej Kosendiak will lead the West Side Sinfonietta orchestra in the works of two Viennese Classicists: Wolfgang Amadeus Mozart and Joseph Haydn. Two of the selected works are serenades, so they represent music of a lighter character.

The first of these is Mozart’s Serenata notturna in D major KV 239, a composition for strings and timpani, consisting of three movements. It begins with an energetic march, followed by a charming court dance – minuet, and the whole is crowned with a finale in the form of a rondo. Serenade in G major KV 525 ‘Eine kleine Nachtmusik’ is one of the most popular examples of music commonly referred to as ‘classical’. We do not know on what occasion or for whom Mozart wrote this piece, we only know that the composition was created at the same time as the opera Don Giovanni. It was not published until 1827, many years after the artist’s death. The serenade immediately gained enormous popularity, which continues to this day.

Ein musikalischer Spaß (Musical joke) KV 522 for strings and French horn is a work parodying a bad composer and failed performance efforts. It is full of deliberately introduced flops and awkwardness, most of which become clear only after reading the score. The whole, however, is crowned with by no means discreet, comical-sounding hiccups of the French horn, an instrument that is famous for being rather graceless when it comes to extracting the right sound.

Circumstances of the creation of the Symphony in F sharp minor Hob. I: 45 ‘Farewell’ were passed on to biographers by Joseph Haydn himself. According to his account, the musicians of the Prince's ensemble, impatient with the prolonged stay in the summer residence of Prince Nicholas Josef Esterházy, asked him as kapellmeister to apply for a summer leave for them. The composer solved the problem in a creative way. At the slow end of the symphony, individual musicians got up and after playing their parts put out the candles at the music stands, and then left the stage until there were only two violinists left at the last bars of the work. The Prince understood the allusion and granted leave to his musicians.