The Quintessence of Brahms | cancelled

A concert of the Building Bridges project 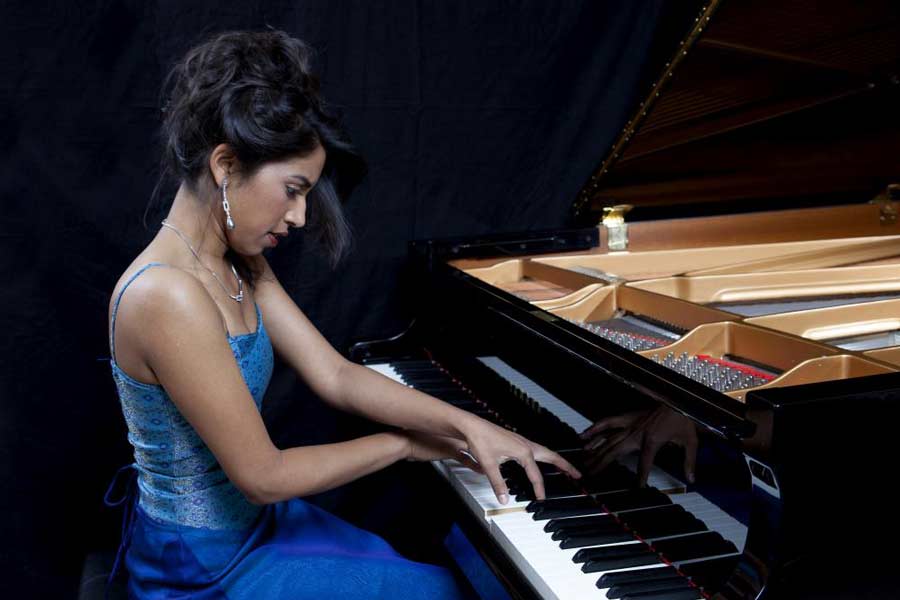 He said he was born too late. Johannes Brahms, considered to be a true genius of the Romantic period, made his mark on history with his special attachment to Classical and Baroque music. The charismatic pianist Pallavi Mahidhara will soon present both the works of the German composer and pieces by artists who were undoubtedly influenced by the work of Brahms.

The Indian-American pianist is a winner of the most important piano competitions in Switzerland, Russia, Germany, the United States and Spain. Pallavi Mahidhara performs a very wide repertoire with tremendous proficiency, performing both solo and with the best artists. She likes to combine classical music with other styles, such as jazz, hip-hop and folk.
During the concert, the pianist will present not only the work of Brahms, but also the Arabesques by Cécile Chaminade, a French composer active at the turn of the 19th and 20th centuries, whose music enjoyed great popularity due to its charm and melodic character. As a result, her repertoire was often performed in salons. Melody plays an equally important role in Claude Debussy’s Suite bergamasque, the title of which was most probably taken from Paul Verlaine's poem Clair de lune – where the lyric I mentions a bergamasque dance. The most famous in the Clair de lune is the third part of the suite, which is loved by both performers and the audience.

The second half of the concert will be a direct reference to the work of Johannes Brahms. At the beginning we will listen to the Variations on a Theme of Robert Schumann by Clara Schumann, who was a friend of Brahms. The German pianist and composer gave her husband Variations on the occasion of his forty-third birthday, a year before Robert's breakdown and mental illness. Clara created a fast-paced story in which a gloomy and rather slow theme is neatly intertwined with dynamic, lively episodes. The concert will be crowned with the Variations and Fugue in B-Flat Major on a Theme by Haendel, an extraordinary display of Brahms' virtuosity.