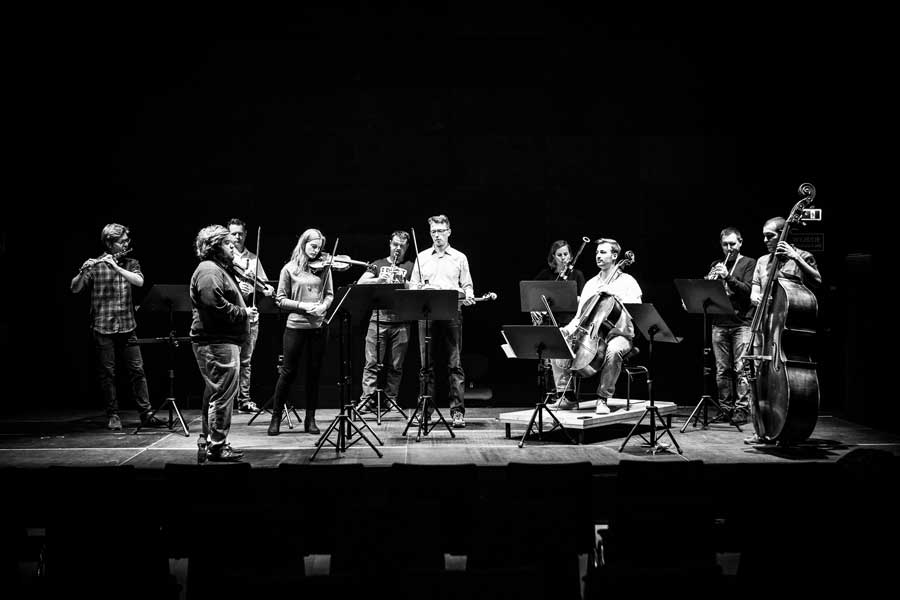 The first half of the 19th century. Vienna is experiencing a genuine flood of talent. In the chase of a spectacular success, the most outstanding composers, instrumentalists, people of culture and art head for the Austrian capital. The musicians compete for ideas. The result is the creation of real gems known to this day. Thanks to the NFM Ensemble, we will taste the sounds from the golden age of Vienna. It is worth booking a ticket for this journey today.

The Blue Danube is one of the most popular waltzes in music history. Johann Strauss II composed it at the request of the Vienna Men’s Choral Association – it was the first time he created a piece for a choir. Accepting the commission, the artist wanted the words to be written only after the waltz was completed. To this day, an instrumental version of the work is still played at most balls and ceremonies. The second work in the programme is Franz Schubert’s Octet in F major. It is no coincidence that this composition has often been compared with Ludwig van Beethoven’s Septet, as Schubert created a work strongly inspired by the work of his great colleague and similar to this composition in style, structure and character. The Octet was written at the request of his patron, Count Ferdinand Troyer.

The NFM Ensemble will take us on a thrilling journey through the musical capital of Europe. The ensemble has been performing together for less than a decade. In its repertoire it brings together the finest works of chamber music, many of which it performs for the first time in Poland. The NFM Ensemble’s hallmark is the presentation of works for various ensembles, always using bass instruments – cello and double bass. An important part of the ensemble’s activity remains education. With such guides at our side we can be sure that an unforgettable evening awaits us!