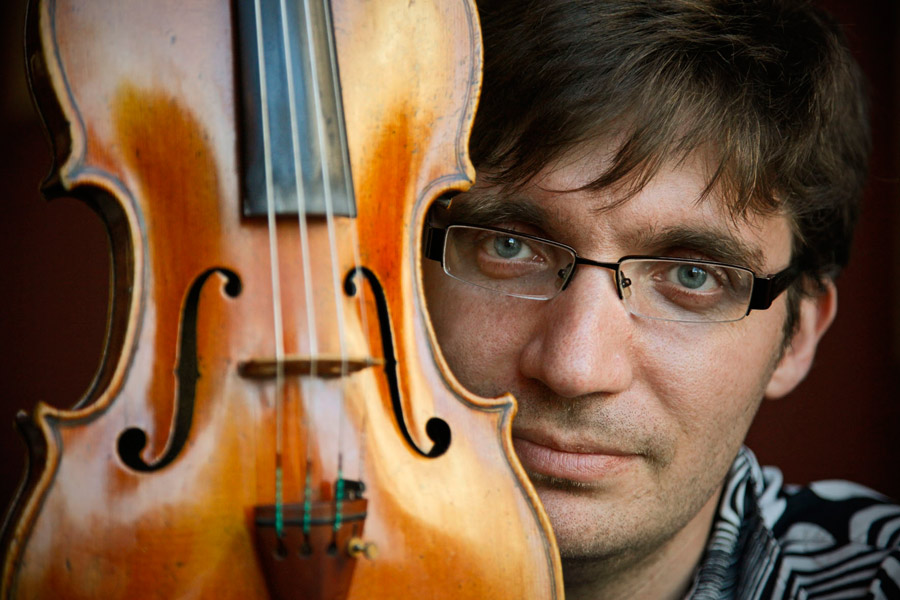 The inventory of American music includes plethora of treasures. Bursting with jazz, surprising avant-garde or light music with a truly Hollywood lustre – these are just a few of them. We will have an exciting opportunity to listen closely to this intriguing fusion performed with bravura and gusto by the violinist Piotr Pławner and pianist Piotr Sałajczyk, who know American sounds inside out.

The award-winning Pławner and Sałajczyk are among the most talented musicians of their generation. Pławner has been praised for his "exceptional and flawless talent", among others by The Times. The specialty of Piotr Sałajczyk is rarely performed new music. For several years, the artists have been successfully playing concerts at home and abroad. The repertoire that will be presented this evening includes works by American composers of the 20th century.

The concert will open with the Philip Glass Sonata composed as a special commission of the architect Martin Murray for the seventieth birthday of his wife, Lucy Miller Murray. The seemingly classical composition was first presented just over a decade ago. Staying on the subject of sonatas, the musicians will take us to the world of Charles Ives, a pioneer of the American avant-garde, who received the Pulitzer Prize in Music for his Third Symphony (he did not collect the prize though). Pławner and Sałajczyk will perform his three-movement sonata Children’s Day at the Camp Meeting.

In the second part of the concert we will move to the magical world of film and theatre. Sałajczyk and Pławner will present compositions by Georg Gershwin, the king of jazz, who with Porgy and Bess enthusiastically introduced the music of the African-American community to the opera stage. The work of the prematurely deceased Gershwin has remained eternally alive, among others thanks to his friend, violinist Jascha Heifetz. The next item in the programme will be film music and excerpts from the Schindler's List by a master of this genre and five-time Oscar winner John Williams. For the finale, there will be Banjo and Fiddle, the most famous work of the New York composer William Kroll.