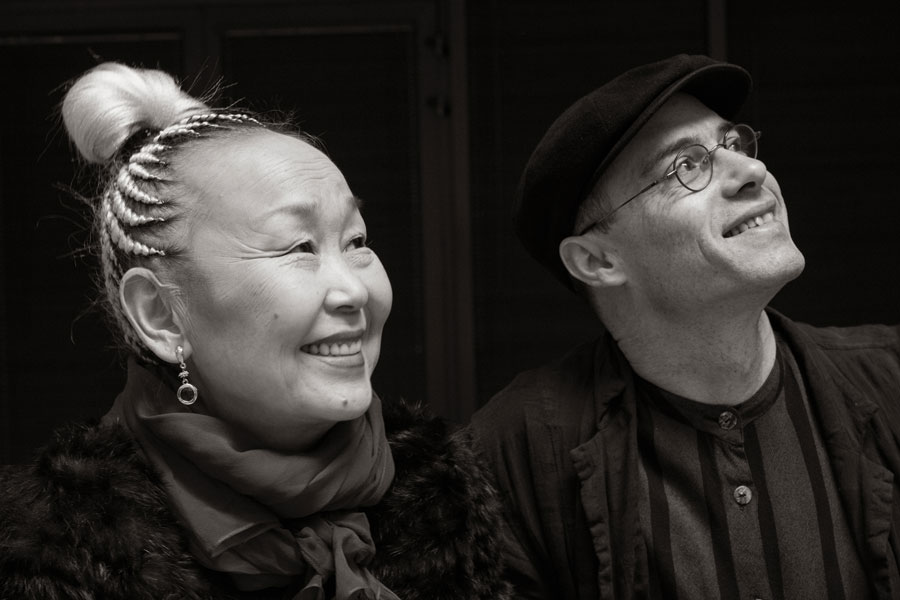 The duet of a Tuwa singer and American multi-instrumentalist is a band for which there are no boundaries in music. The project is the work of two improvisers with unconventional musical imagination, unique improvisational intuition and enormous technical skills. Sainkho Namtchylak and Ned Rothenberg worked closely together in the 1990s - they gave nearly seventy duo concerts and released the Amulet album on Leo Records. After a dozen or so years of break, the artists have returned to joint performances and re-enchant and shock the audience all over the world.

Namtchylak is a singer from Tuva - an autonomous republic in Russia, bordering Mongolia. She mastered the technique of overtone singing perfectly, combining it with free improvisation and experimental music. The possibilities of her voice (the scale and number of masterful performance techniques) are regarded as an unsurpassed pattern. Namtchylak has been very active since the beginning of the 1990s - both in concert and as a recordiing artist. She has collaborated with artists representing various musical genres - among the stars of free jazz it is enough to mention icons such as Peter Kowald and Evan Parker.

Rothenberg is a multi-instrumentalist and composer for nearly forty years associated with the New York scene of improvised music. In his work, he most often uses the alto saxophone, clarinets and the Japanese shakuhachi flute. He has a rich discography, which is still expanding, most often recording for his own publishing house (Animul Records) or  taking part in recording sessions of the label of John Zorn (Tzadik Records). This multi-instrumentalist has cooperated with such stars as Anthony Braxton, Fred Frith and Marc Ribot; He is also recognized as one of the masters of solo concerts around the world. Rothenberg is also a teacher - he has been teaching master classes for many years and running workshops, among others in such prestigious institutions as the Berklee College of Music, Stanford University, the Australian Institute of Music and his alma mater, the Oberlin Conservatory.