The Symphony of the Desert

Music from Journey, Abzû  and The Banner Saga 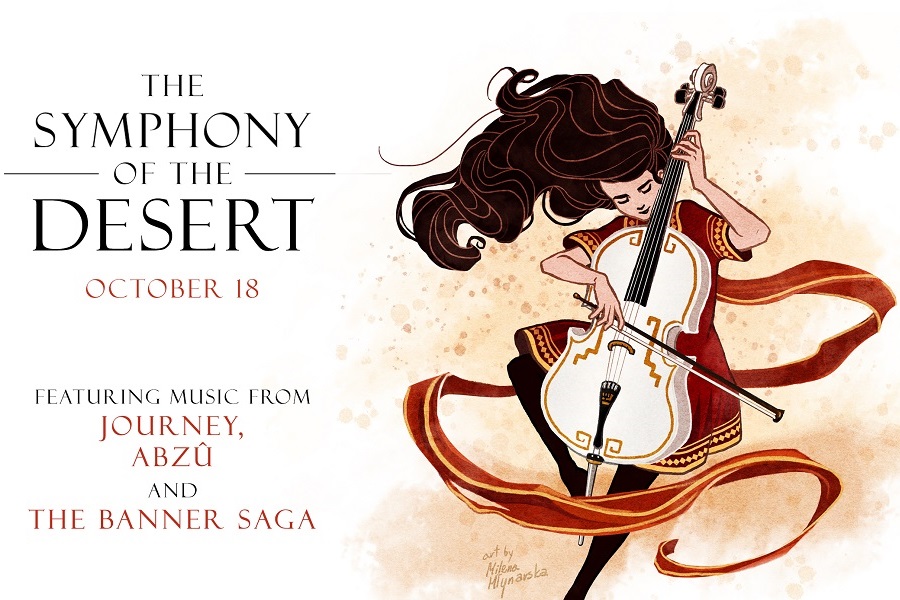 The first concert of this year’s Game Music Festival – The Symphony of the Desert – is based on the idea of contrast between three incredibly atmospheric titles: Journey, Abzû, The Banner Saga. The former two soundtracks are subtle and have an ethereal beauty, while the third one is full of piercing cold and raw in its form. The author of those pieces, which add lots of value to their respective games, is the acclaimed American composer Austin Wintory. Sound Factory Orchestra led by Robert Kurdybacha, an ensemble that played the amazing concert with the music from Ori and the Blind Forest during the first GMF, will take listeners on a journey through endless deserts, vast sea depths, and snowy mountains.

Unique musical scores were written specially for all four concerts of the Festival. They were created by several composers and arrangers, including Jan Sanejko, Aruto Matsumoto, and Robert Kurdybacha – all of them being brilliant and very talented artists who worked with video game soundtracks previously. The whole process was supervised by the creators of the original music and publishers of the games.