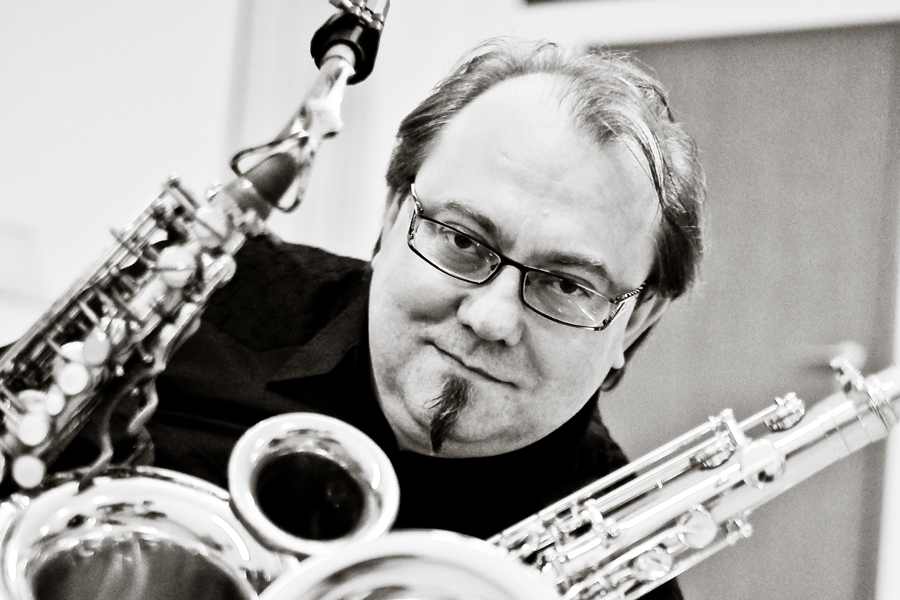 Mosty/Bridges connect varied stylistic lands: modern jazz with traditional music, Slavic cantilena with African rhythms, jazz freedom with carefully composed parts, exploring the harmonic and sound possibilities available in a large and diverse ensemble. The musicians take us on a journey through exceptionally changeable landscapes that may sometimes surprise us, and at other times recall the familiar places we keep in our memory. Bridges are a world that has always been almost at our fingertips, simply waiting to be discovered.

The Mosty/Bridges project was commissioned by one of the most dynamic jazz festivals in Belgium – Jazz Brugge. To present his artistic vision freely, Cezariusz Gadzina was given a carte blanche. The premiere concert was performed by an international group of musicians. The event proved quite significant for the project, since brugge is Flemish for “bridge”. Bridges were also presented before an audience of several thousand people at the Brosella Festival in Brussels.

The musical idea behind the project – and therefore its title –  was to combine varying musical styles in new compositions, created by project leader especially for the occasion. An album presenting the music was released in the second half of 2017 by the Universal Music Polska label. The universal value of these pieces is emphasized by their titles; words are coming from various languages but all mean the same – “bridge”: Hid (Hungarian), Daraja (Swahili), Jambatan (Malay), Dildey (Amharic), Brugge (Flemish), Zubia (Basque), Tulay (Filipino), Pod (Romanian).