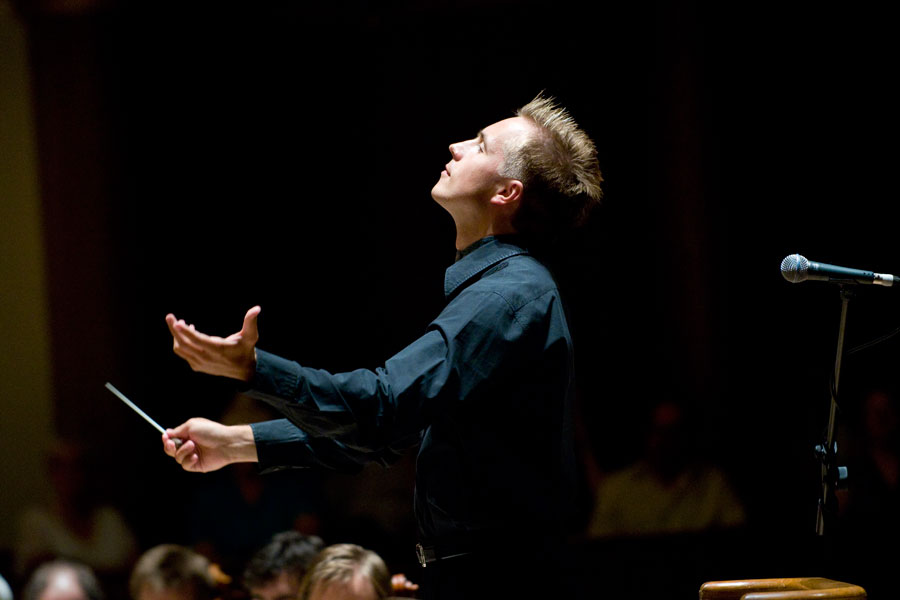 The Royal Philharmonic Orchestra is a world-class orchestra founded in 1946 by the legendary conductor Sir Thomas Beecham, then conducted by leading artists such as André Previn, Vladimir Ashkenazy or Yuri Temirkanov. In Wroclaw, the orchestra will be conducted by Russian conductor Vasily Petrenko, who from the 2021-2022 season will also take the position of artistic director of the RPO.

This conductor is particularly valued for interpretations of Russian music, so it is not surprising that the programme includes two masterpieces written by composers from this country. The background story of Dmitri Shostakovich's Violin Concerto reflects the complicated relationship between the composer and the Soviet authorities. The work was written in the late 1940s, but the premiere did not take place until 1955, at the time of thaw after Stalin's death. This is an unusual composition, distinguishable not only thanks to its great technical difficulty, but also by epic panache and enormous power of expression. Tragedy is connected here with grotesque, and the whole concerto is crowned with demonic burlesque and is one of the most difficult works written for violin in the 20th century. Shostakovich weaves musical symbols into the narrative: in the second movement there is a four-note motif composed of D-Es-C-B sounds, and the third part is opened with the “motif of fate” borrowed from Beethoven's Fifth Symphony. The soloist in this work will be the outstanding Russian violinist Sergej Krylov.

Symphony No. 5 in B flat major by Sergei Prokofiev was created in record-breaking time, because the composer only needed a month to put his thoughts on paper. He wrote this work in 1944, and it was intended to be a hymn “in honour of a free and happy man, his strength and nobility of spirit”. However, this is not carefree music, and the dark colour and melody line reveal the artist's Slavic pedigree. In other places, the work radiates with powerful and often dissonant sounds, which in combination with the expressive rhythm implemented by the huge percussion line-up gives the impression of a powerful, fascinating and unstoppable mass of sound. The finale is one of Prokofiev’s most thrilling fragments, in which dazzling virtuosity combined with a sense of form renders fantastic results.

The Ten Polish Dances for chamber orchestra by Witold Lutosławski is an early work in which the artist used dance tunes from Kashubia and Silesia. However, he elaborated them in his own way, introducing subtle modifications of rhythm and harmony, which bore somewhat comical results, but always engaging and interesting.