Music from the album 'Crosswinds' 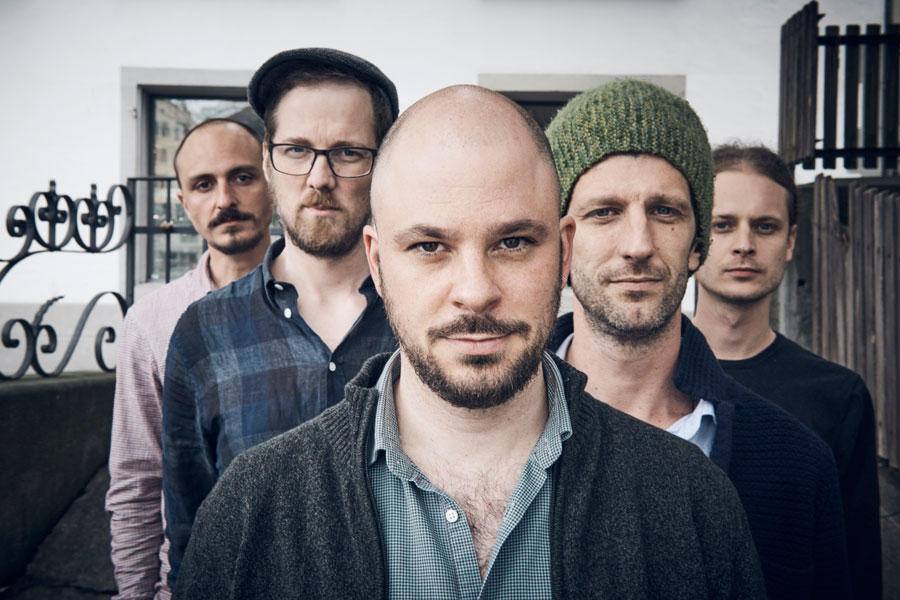 The quintet Pilgrim, founded by Zurich based tenor saxophonist Christoph Irniger, has become over the years one of the most exciting ensembles in young European Jazz. After the highly praised group’s latest vibrant live album 'Big Wheel', Pilgrim presents now their fourth recording 'Crosswinds'. On this gorgeously considered, but luxuriantly open new recording the quintet uses ambiguity as a tool. Some compositions are freely improvised, while others are completely notated, yet most lie in between, with an elasticity that reflects a life of freedom, where informed choices are made spontaneously. The accompanying soundtrack oscillates between enigmatic reflection and wild eruptions, although the band creates a dense, all-round sound which is hard to categorise.

For Pilgrim finished musical notes are no more than a heading, the subject of an unwritten story or a door leading to another free musical space. No matter which musician takes up a subject, each tells the story differently. What cannot be enforced or imposed in deliberately controlled action leaves its traces in subconscious processing. It can surface again and crop out in differently maturated qualities. The surprising turning points in Pilgrim’s music indicate that this is not wishful thinking or platitude. It ensures that the group’s playing remains sharp and really happening. In the Liner Notes Peter Margasak writes: “On Crosswinds Pilgrim expresses the incomprehensible—the ineffable—but it the quintet does so with ravishing beauty, humanity, and tenderness. Irniger and his bandmates have developed a richly contemporary sound that melds ideas from some of the most harmonically advanced thinkers in the US with a distinctly European flavor heard most explicitly“.

The five members of the group, which was formed in 2010, come from different parts of Switzerland. They also play in various other groups, throughout the world, and already in their short careers they have had the opportunity to play with and be taught by jazz greats such as Dave Douglas, Nasheet Waits, Dave Liebman and Joey Baron.

“People who know about jazz say Christoph Irniger is one of them most promising musicians in contemporary Swiss jazz at the moment.” (Jazzthetik)