Works from the album Miri 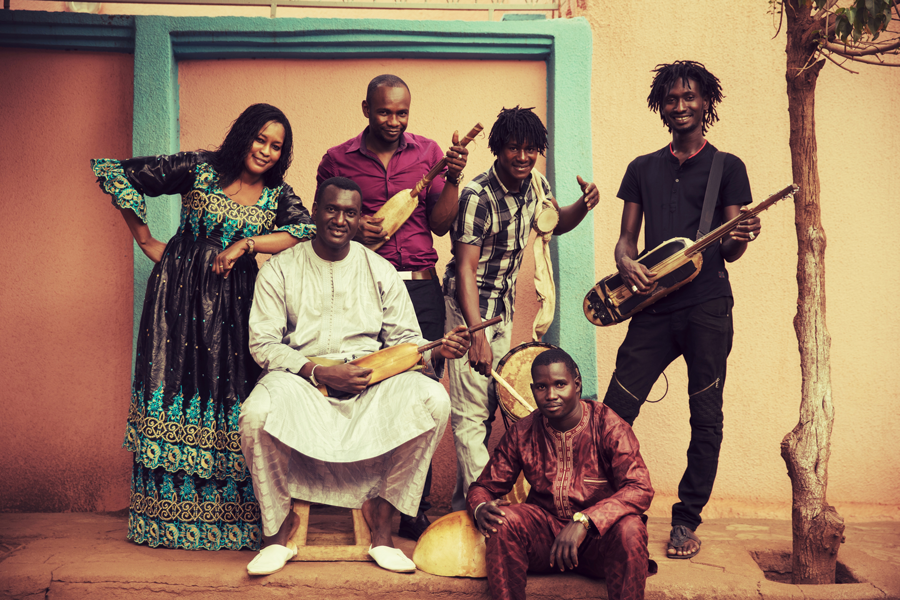 Bassekou Kouyaté is one of the authentic masters of ngoni, an ancient, traditional lute popular throughout West Africa. Together with the band, he will present a colourful explosion of African rhythms and melodies woven into blues and grooves.

Kouyaté fells at home in the unusual lien-up of the band formed by three other virtuosos of ngoni, using instruments of different sizes and pitch, and two percussionists. The band is superbly complemented by a fantastic vocalist – Amy Sacko. In recent years, the artists have delighted the audience at leading music festivals around the world (including the Glastonbury Festival, Roskilde Festival, Fuji Rock Festival, North Sea Jazz Festival, WOMAD).

During the concert, the artists will present material from their latest album Miri, which was released in January 2019 by the independent label Outhere Records. It is a very personal album, whose title means dream or contemplation. During the concert, together with the artists, we will go on a musical journey to the village of Garana lying on the Niger River, the birthplace of the band leader. We will feel the unrest and distress of today's Malian society, which is divided over the struggle for country wealth. Above all, however, we will listen to stories about love, friendship, family and real values in times of crisis.

"... we were carried away by a wave of impatient rhythms and improvisations." (London Jazz News)