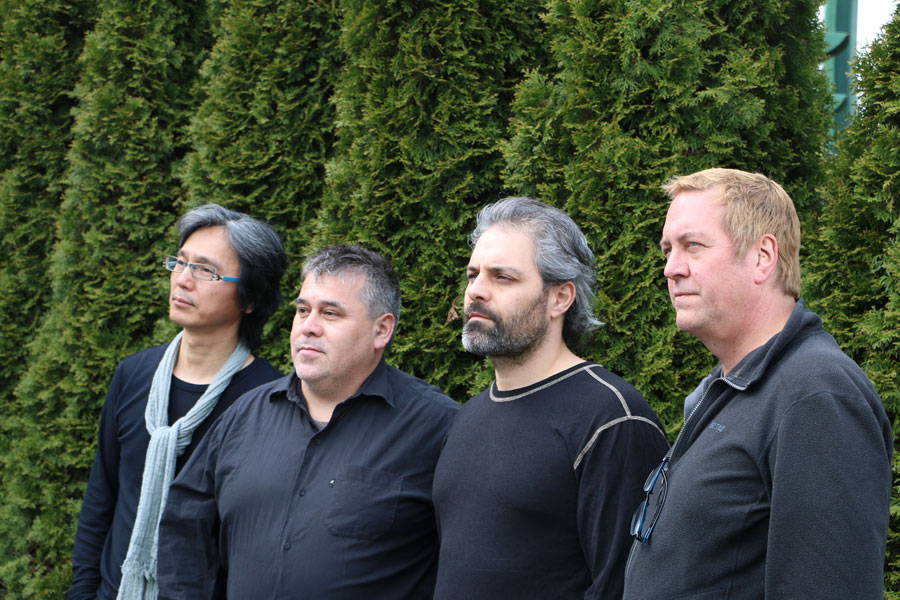 Gordon Grdina is a Vancouver based JUNO Award winning oud/guitarist whose career has spanned continents, decades and constant genre exploration throughout avant-garde jazz, free form improvisation, contemporary indie rock and classical Arabic. His singular approach to the instruments have earned him recognition from the highest ranks of the jazz/improv world. The Gordon Grdina Quartet is inspired by the complexity of Bartok, the freedom of Ornette Coleman, the intensity of Soundgarden and the delicacy of Webern. His carefully formed quartet combines the traditions of jazz improvisation, complex and memorable compositions and a dynamic freedom to the music that ebbs and flows with each tune.

Juno award winning oud and guitar player Gordon Grdina showcases his latest ensemble featuring world-renowned New York collaborators Russ Lossing –piano, Oscar Noriega –alto sax/clarinet, and Satoshi Takeishi –drums. This wild, eclectic project combines intricate counterpoint with dynamic yet focused improvisation.  Inspired by the complexity of Bartok, the freedom of Ornette Coleman, the intensity of Sound Garden and the delicacy of Webern. This carefully formed quartet combines the traditions of jazz improvisation, complex yet memorable compositions and a dynamic freedom to the music that ebbs and flows with each tune.

Grdina’s debut recording, Think Like the Waves, was a trio with his mentor Gary Peacock and Paul Motian, and there is something of that group’s deep improvised jazz roots at work here, along with the compositional, classical music bent of his East Van Strings project (The Breathing of Statues). It’s also a reaction to his rock playing in recent years in Dan Mangan’s band and his own instrumental duo Peregrine Falls. Says Grdina, “I felt a strong inner urge to write music that was more unexpected, that didn’t repeat itself so much and was more challenging than what I had been playing. Forms can sometimes feel like you’re being strangled and talked down to. I wanted the music to continually move, feeling free but clearly directed."