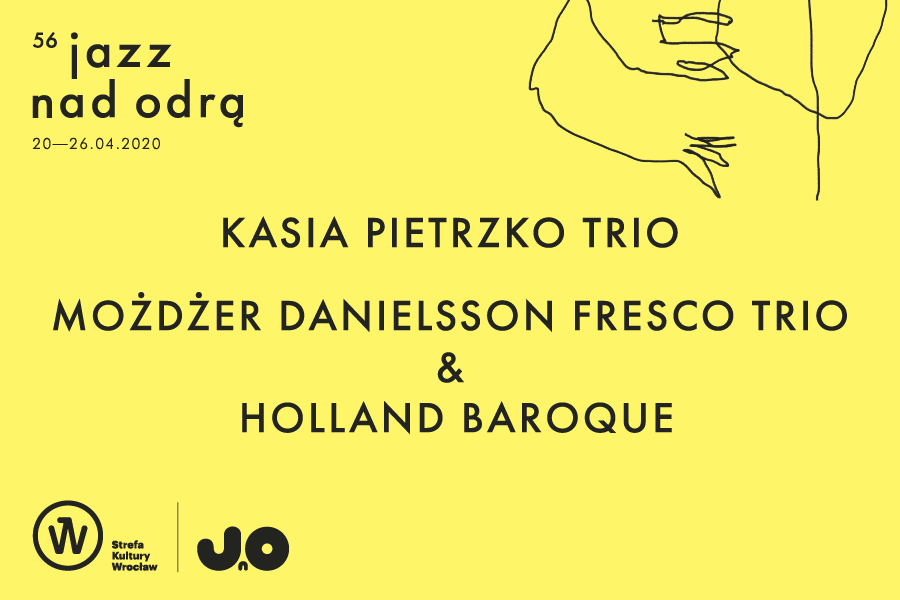 On Monday evening, join the staff of the Wrocław Culture Zone for the opening concert of the 56th Jazz on the Odra Festival.

We are going to start with the concert of a young pianist, arranger and composer, who has been enjoying nothing but enthusiastic reviews since Fortright Stories, her 2017 debut album. Apart from the artist, the Kasia Pietrzko Trio project’s line-up comprises Piotr Budniak, drummer and composer with a long resume of musical achievements, as well as Andrzej Święs, leading double bass player of the young generation of the Polish jazz scene. Their compositions are fresh, clear and transparent, and their music is characterised by their extraordinary attention to the best sound quality.

The evening will be crowned by a unique ensemble of artists, including the artistic director of the festival, joined by Swedish bassist and cellist Lars Danielsson and Israeli drummer Zohar Fresco, accompanied by the Holland Baroque orchestra. The projects created by the Możdżer Danielsson Fresco Trio are always unique and surprising. Music lovers appreciate their productions for their subtle and refined sound, as well as for achieving harmony between improvisation, which is a crucial element of jazz, and melodic accessibility. The trio has released three studio albums: The Time, which has since turned platinum, as well as Between Us and the Light and Polska, which achieved double platinum status. This time around, the musicians invited the Holland Baroque orchestra, with whom Leszek Możdżer recorded his Earth Particles album in 2017.

The concert at the National Forum of Music will be a premiere of their new album, as well as the opening of the concert tour organised in connection with the new release.