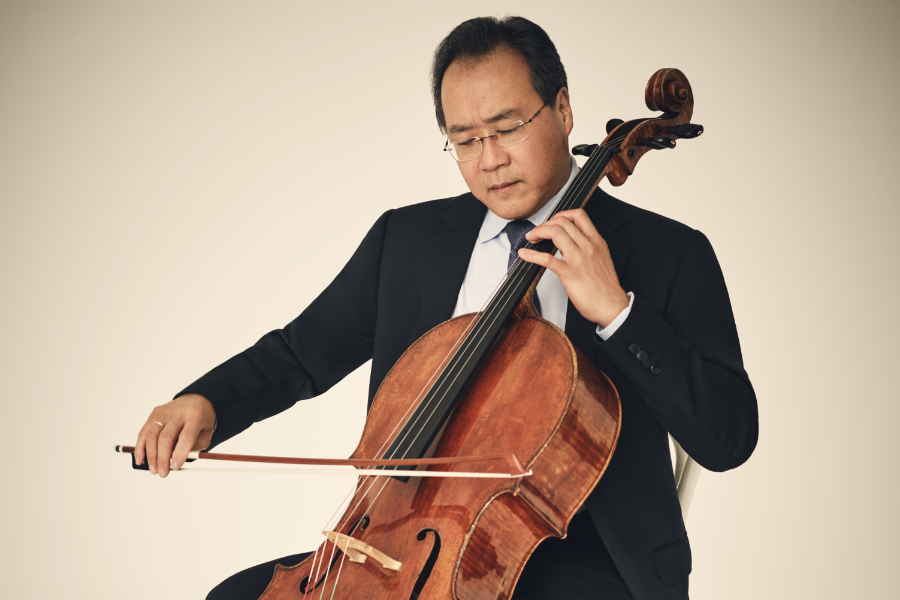 Yo-Yo Ma’s multi-faceted career is testament to his enduring belief in culture’s power to generate trust and understanding. Whether performing new or familiar works from the cello repertoire, collaborating with communities and institutions to explore culture’s role in society, or engaging unexpected musical forms, Yo-Yo strives to foster connections that stimulate the imagination and reinforce our humanity.

Yo-Yo was born in 1955 to Chinese parents living in Paris. He began to study the cello with his father at age four and three years later moved with his family to New York City, where he continued his cello studies with Leonard Rose at the Juilliard School. After his conservatory training, he sought out a liberal arts education, graduating from Harvard University with a degree in anthropology in 1976. He has received numerous awards, including the Avery Fisher Prize (1978), the Glenn Gould Prize (1999), the National Medal of the Arts (2001), the Dan David Prize (2006), the World Economic Forum’s Crystal Award (2008), the Presidential Medal of Freedom (2010), Kennedy Center Honors (2011), the Polar Music Prize (2012), and the J. Paul Getty Medal Award (2016). He has performed for eight American presidents, most recently at the invitation of President Obama on the occasion of the 56th Inaugural Ceremony.
With partners from around the world and across disciplines, he creates programs that stretch the boundaries of genre and tradition to explore music-making as a means not only to share and express meaning, but also as a model for the cultural collaboration he considers essential to a strong society. It was this belief that inspired Yo-Yo to establish Silkroad, a collective of artists from around the world who create music that engages their many traditions.

In August 2018, Yo-Yo began a new journey, setting out to perform Johann Sebastian Bach’s six suites for solo cello in one sitting in 36 locations around the world, iconic venues that encompass our cultural heritage, our current creativity, and the challenges of peace and understanding that will shape our future. Each concert will be an example of culture’s power to create moments of shared understanding, as well as an invitation to a larger conversation about culture, society, and the themes that connect us all.
The solo recital by Yo-Yo Ma, and his first visit in Poland in over 30 years, is a unique opportunity to experience his interpretations of the works of Bach.

We invite you to the Main Hall of the National Forum of Music on 18 May 2020.