Co-produced by: Art Stations Foundation by Grażyna Kulczyk, Michał Łuczak
The project is part of a scholarship granted by the Ministry of Culture and National Heritage. 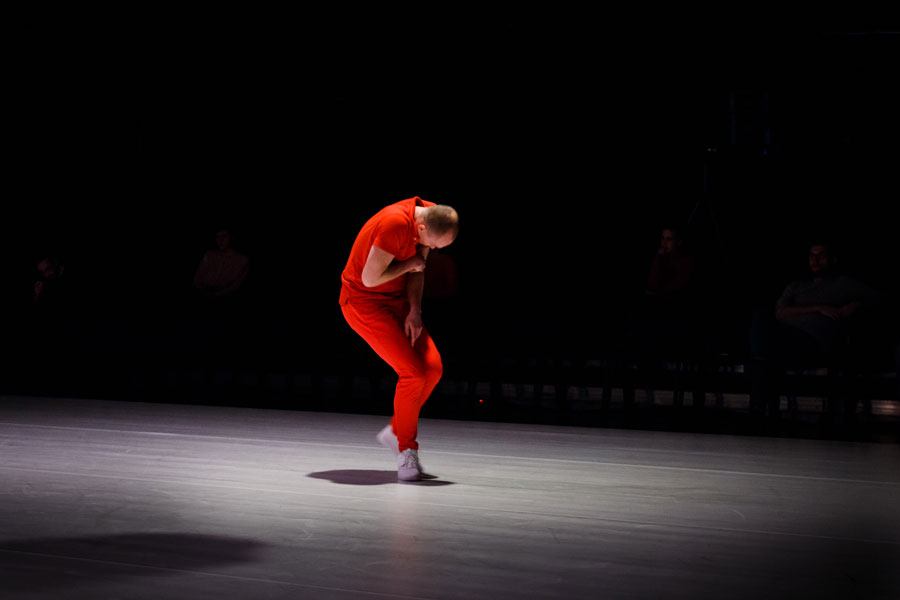 In a state of constant fear, uncertainty, danger, exclusion and need ... Surrounded by events to which we try to give some meaning and people with whom we want, but we cannotcommunicate ... Provoked physically, emotionally, mentally - exhausted ... In a world in which actions seem to speak louder than words, and words are no longer heard ... Where we don't want to see and are afraid to look.

We invite you to the Mute performance - this will be the first event of the "NFM Dance" cycle and the Polish Dance Network project. Janusz Orlik - a dancer, choreographer and dance teacher will perform as a soloist. He is a graduate of the Warsaw  Ballet High School of R. Turczynowicz, he continued his studies at the Institute of Dance Arts (IDA) at the Anton Bruckner Privatuniversität in Linz. During his studies, he started working in a team of young dancers x.IDA Dance Co. Since 2002, he has been a permanent member of the Vincent Dance Theater (United Kingdom). He is the author of the performances of Exérèse monobloc (2004), and bliźniego swego jak siebie samego (2006), Live on stage (2008), The Rite of Spring (2011), Insight (2013), for which together with Joanna Leśnierowska he received a Special Award of the Minister of Culture and National Heritage  as part of the Polish Dance Platform 2014 for the best choreography, and Mute (2018). Janusz Orlik has danced in such performances as, among others Ten Men and Happy by Nigel Charnock (he was also an assistant choreographer in them), ... (Rooms by the sea) from the series of exercises in watching by Joanna Leśnierowska, Back to bone by Rosalind Crisp, Collective Jumps by Isabelle Schad and Shirtology by Jérôme Bela. He has collaborated on the projects of Yanka Rudzka: Zaczyn and Yanka Rudzka: Wielogłos, and in the performance of Reconstruction by Joanna Leśnierowska, in which he also danced. In addition to stage work, Janusz Orlik runs choreographic workshops in dance schools and other educational institutions in Poland and internationally.

The Polish Dance Network (PDN) is the first formalized cooperation network between institutions and organizations supporting the development of contemporary dance in Poland. Each season, PDN partners select for the joint repertoire the most interesting productions of Polish independent artists and institutional dance groups. Performances indicated for staging in a given year set off on a tour under the PDN banner, during which they visit partner centres. Currently, PDN 2020 brings together 15 partners presenting 14 dance performances with the participation of almost 100 artists. By the end of 2020, there will be almost 80 shows throughout the country. The PDN activities are organised by the Institute of Music and Dance