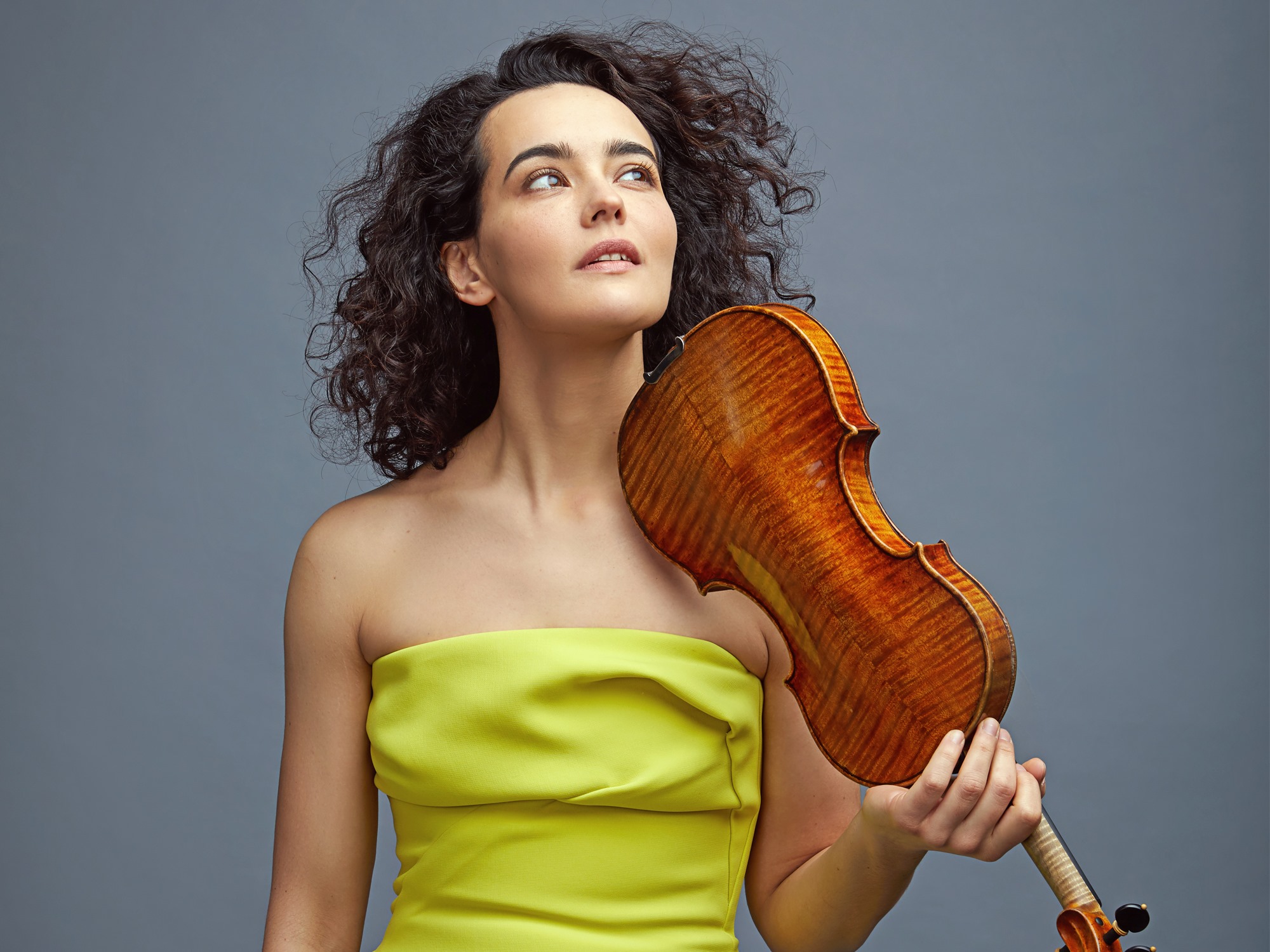 Alena Baeva is currently one of the most recognizable stars in the world of violin playing. With the NFM Leopoldinum Orchestra, she will perform the charming Violin Concerto in E minor by Felix Mendelssohn. It will be a real treat to hear this well-known work as interpreted by the Russian artist.

The first piece in the programme is the Concerto for Strings by Argentinian composer Albert Ginastera, completed in 1965. Even though he was one of the most important South American composers active in the 20th century, his works are performed very rarely. The concerto consists of four movements. The first is variations for solo instruments, the second – a fantastic scherzo, and the third – an anxious but slow movement. The ending is full of anger, fast and dynamic. The great variety of ways of drawing the sound from the strings makes Ginastera’s piece colourful and attractive to the listener.

Mendelssohn’s Violin Concerto in E minor is one of his last major compositions. Work on it lasted six years. The composer first mentioned the idea of writing a concerto in 1838 in a letter to Ferdinand David, concertmaster of the Leipzig Gewandhausorchester. Since Mendelssohn was not a professional violinist, when he wanted to solve a technical problem, he often consulted his colleague, who was also the first performer of the piece. This work gained enormous fame and became one of the most popular concertos of the Romantic era. Mendelssohn's composition contains many innovative elements. It is probably the first violin concerto in which the main theme of the first movement is immediately introduced by the solo instrument and then repeated by the orchestra, while an iron principle of composing concertos said that it should be the other way round. A similar change concerned the virtuoso cadenza, which Mendelssohn placed in the middle of the first movement (before the section called reprise), not at its end. All three movements are performed attacca, i.e. without interruptions, which makes the narrative extremely coherent. This concert is distinguished by exceptional melody and moodiness, it is a touching piece that speaks directly to the listener’s heart.